Medals that commemorate important events in a nation’s history fill every history museum collection around the planet. Collectors and antique traders adore medals, but let’s be honest: when they’re on display they don’t have the impact of a giant dinosaur skeleton. Medals are small. But that didn’t stop politicians and government officials from clamouring for shiny objects when Canadian Confederation was officially enacted in 1867.

In our exhibit “Legacies of Confederation: A New Look at Manitoba History” we have on display not one, but two Confederation medals, minted in 1869, that commemorate the founding moment of the Dominion of Canada.

The Confederation Medal is seemingly the first honour of Canada, approved by Queen Victoria in 1868. John A. Macdonald himself, then Prime Minister of Canada, signed the recommendation on behalf of the Minister of Justice and ordered 551 medals: “One Gold [for the Queen], fifty Silver and five hundred Bronze Medals, without delay.” After a delay of a year or so the medals were delivered, and given out to various institutions and VIPs around Canada, which was comprised at the time of Ontario, Quebec, Nova Scotia and New Brunswick. But these medals were not meant to be worn. They sat in small boxes or stands on desks and shelves, proof of the importance of their owners. 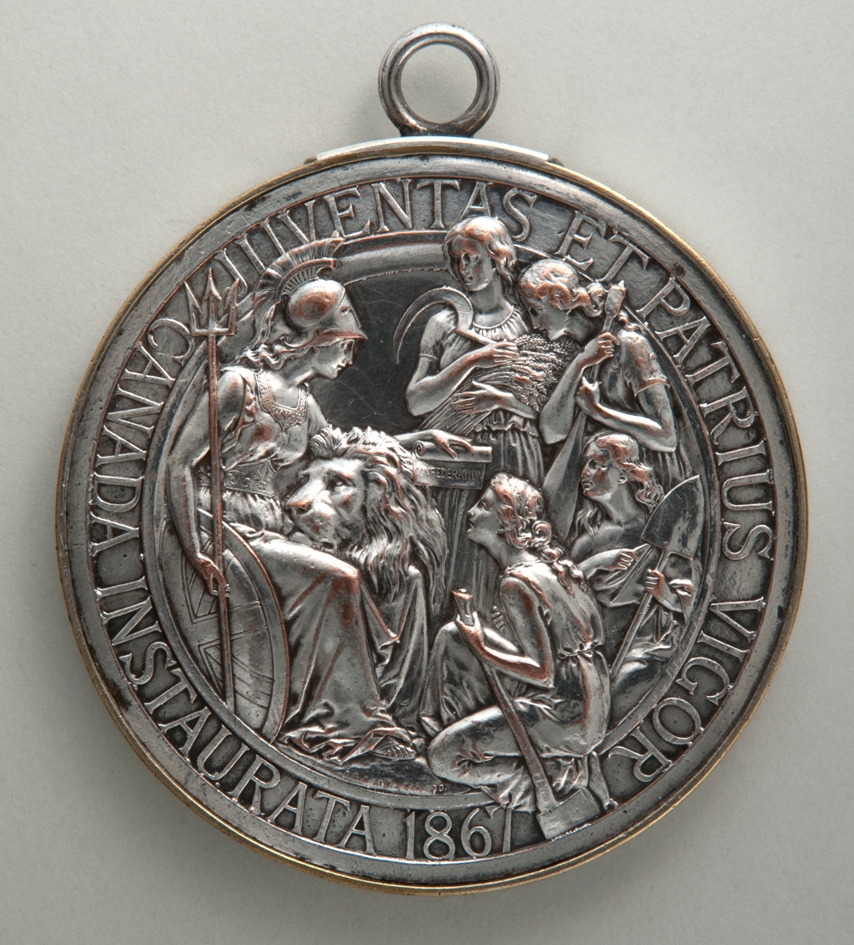 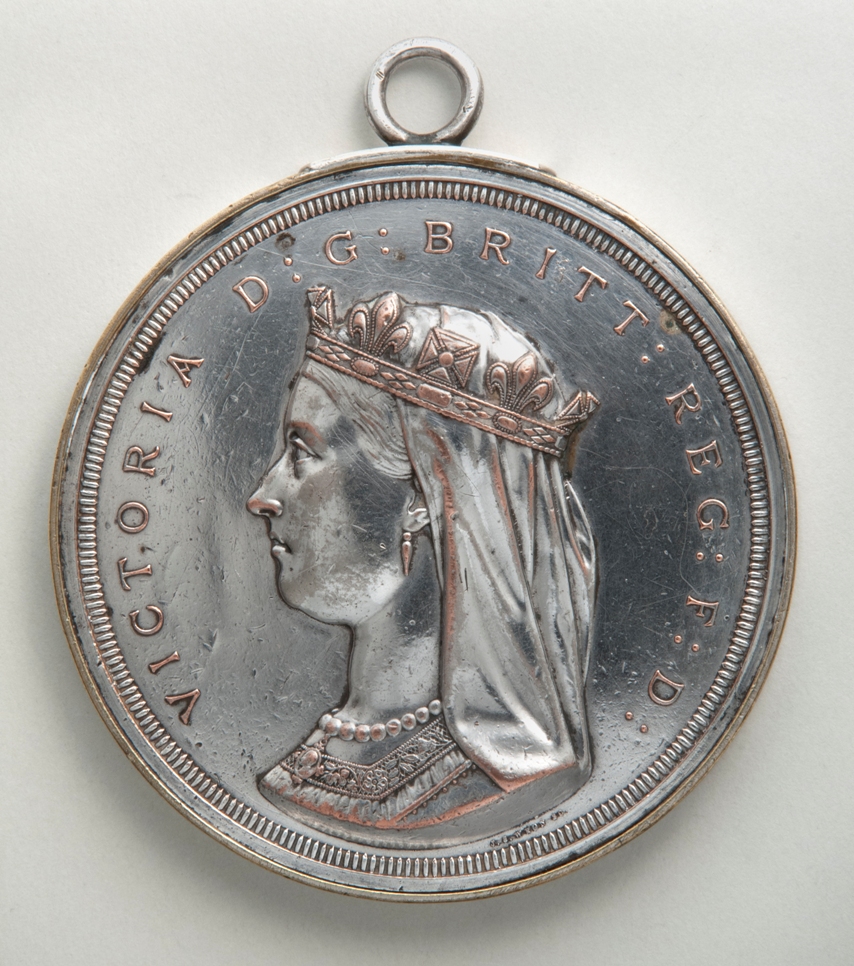 Queen Victoria of England is shown on the front, or “obverse” of the medal. The imagery on the reverse side is a bit strange for a proud young nation. The woman on the left represents “Britannia”. The girls, her subjects, represent Ontario (sickle for agriculture); Québec (canoe paddle for trade); Nova Scotia (shovel for coal mining); and New Brunswick (axe for forestry). While the symbolism of the time indicated loyalty, to the modern mind it might look like the relationship between the infant Dominion of Canada and the British Empire was based on resource exploitation, and that Canadians were subservient, immature subjects to the Crown.

Around the perimeter of the medal is a Latin phrase: Canada Instaurata 1867 Juventas et Patrius Vigor (Canada Inaugurated 1867, Youth and Patriotic Strength).

The first four provinces are represented on the medal, and rightly so, but what Confederation meant for the rest of the continent was not in evidence. After all, the year 1869, when the medals were completed, is also the year when Canada acquired Rupert’s Land from the Hudson’s Bay Company. This was quickly followed by surveyors who trespassed on the land of Métis farmers at Red River, which resulted in a swift and bold resistance movement. The medal and its message were eclipsed by events Confederation itself had set in motion.

One legacy of Confederation is the Treaties that were negotiated by First Nations leaders and the Canadian government. Confederation and the numbered Treaties are intimately linked. It makes sense then that the first Treaty medal (made for Treaty Nos. 1 & 2) was a version of the Confederation medal. It has an extra ring around its centre that reads “Dominion of Canada Chiefs Medal 1872” on the obverse and “Indians of the North West Territories” on the reverse. These medals were rejected by Indigenous leaders because the silver plating wore off and they were considered too cheap for the meaning that they conveyed. This medal was replaced by a sterling silver Treaty medal with a new design.