Victoria Cross On View for Public at Manitoba Museum 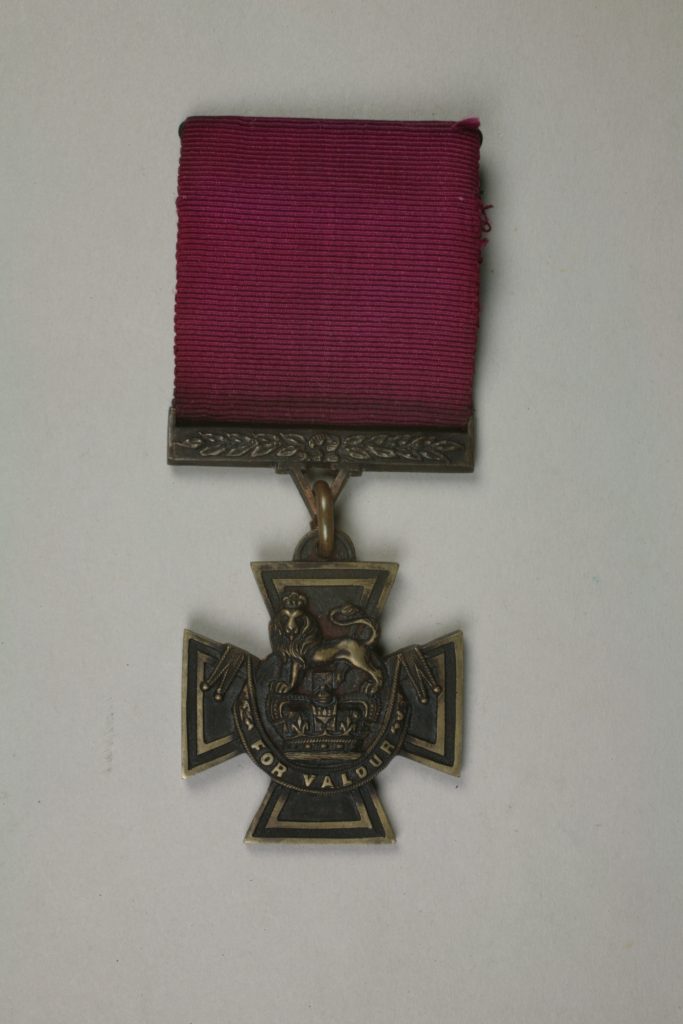 Winnipeg MB (November 8, 2016): Commemorating Remembrance Day this year, the Manitoba Museum will be displaying the Victoria Cross of Corporal Frederick Coppins. The medal is on display in the Museum Foyer and visitors can see it free of charge between November 8 and December 4, 2016. The medal, on loan from the Royal Winnipeg Rifles Regimental Museum, is accompanied by recently discovered footage of Coppins himself, filmed during WWI.

The Victoria Cross medal was instituted in 1856 by Great Britain as an award for “most conspicuous bravery.” It is made from cannons captured from the Russians during the Crimean War. There have been 1,351 Victoria Crosses awarded worldwide, but only 99 Canadians have been decorated with the medal.

Corporal Frederick George Coppins, a member of the 8th Infantry Battalion, CEF, and his platoon were pinned under machine gun fire in an open field at Amiens, France in 1918. Facing certain death, he and four comrades stormed the machine gunners. The four men with him died, but Coppins killed four enemy soldiers and captured four others. By doing so he saved the rest of his platoon and allowed them to continue their advance. For this act of outstanding valour he was awarded the British Empire’s highest military honour – the Victoria Cross.

The Manitoba Museum is open on Remembrance Day, Friday, November 11, 2016 from 1:00 pm to 5:00 pm. The Museum offers one free admission with the purchase of one regular admission to veterans and members of the Canadian Armed Forces year-round in appreciation for their service.

The Museum has a special Planetarium showing of Experience the Aurora at 3:00 pm on Remembrance Day as well as The Zula Patrol: Down to Earth at 1:15 pm and The Search for Life: Are We Alone? at 2:00 pm and 4:00 pm.