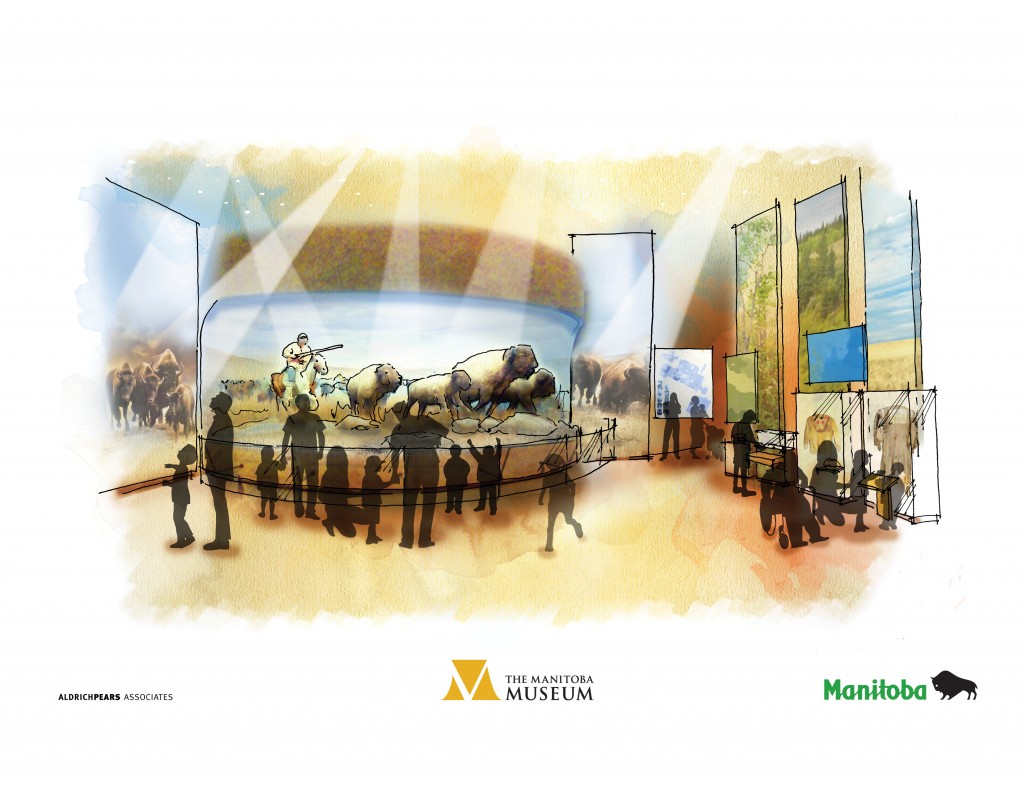 Winnipeg, MB (October 12, 2016): The Manitoba Museum is continuing on its path for renewal thanks to a $250,000 investment from the Chipman family and Megill-Stephenson Company. The donation is in support of the Manitoba Museum’s $19 million Bringing Our Stories Forward project that will see 23,000 square feet or 42% of the Museum’s gallery spaces renewed.

The Museum is anticipating a visionary investment from the community towards the campaign that includes $16 million for capital renewal, $2 million for new programming and to refresh exhibit technology, and $1 million to further build the Museum’s endowment and foundation funds. To date the Museum has confirmed $3.5 million to the campaign, with a number of gift announcements to be made in the near future and an additional $5 million in proposals pending approval.  The Museum is also awaiting reconfirmation of $10 million from the provincial government who are reviewing all funding for infrastructure projects in the province.

“We are grateful to the Chipman family for their lead gift and to Jeoff Chipman for honouring the Museum by also serving as chair for our $19 million Bringing Our Stories Forward Capital & Endowment Campaign,” said Claudette Leclerc, Executive Director and CEO, Manitoba Museum.

“History is not stagnant, it moves forward, and the time is right to renew our museum so that generations, present and future, will come away inspired. The Manitoba Museum is one of our City and Province’s most important institutions, and our family is proud to be able to support this phase of the Capital Campaign. We know our community will, as it always does, be there as well,” said Jeoff Chipman, Chair, Bringing Our Stories Forward Capital & Endowment Campaign.

“Manitoba Museum is the province’s largest classroom.  It’s important for kids have a place to be able to come and learn about our province in a way that they can touch and feel,” said Scott Craig, Chair, Manitoba Museum Board of Governors.

The second step of the campaign comes on the heels of the Alloway Hall expansion, which will be completed on time and on budget in the spring of 2017, during Canada’s 150th anniversary. The expansion will nearly double the space to 9,700 square feet and will enable the Museum to host larger, world-class travelling exhibits, rentals and public programs.