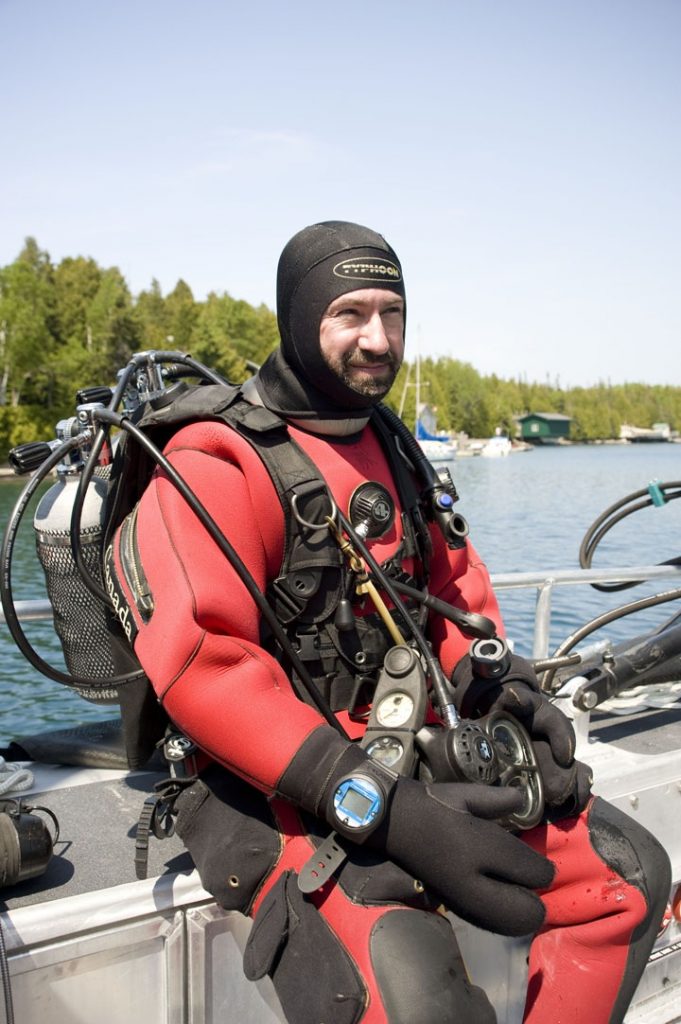 Winnipeg, MB (September 19, 2016): Marc-André Bernier, Manager of the Parks Canada’s Underwater Archaeology team that led the search for the missing 1845 Franklin Expeditions ships, will be speaking as a part of the Manitoba Museum’s Speaker Series on October 20, 2016 at 7:00 pm. Tickets are $15 ($12 for members) and are available online (ManitobaMuseum.ca) or at the Museum.

Bernier was one of the first people to see and dive on the long-lost HMS Erebus after its discovery in the Canadian Arctic. Since then he has participated in two more archaeological expeditions to Erebus. His talk at the Museum in October will detail those missions and, though he cannot talk about the potential discovery of HMS Terror yet, Bernier will highlight the work of challenging and exciting underwater archaeologists. New interest has been sparked in the original Franklin Expedition and the research efforts that resulted in the finding of the second wreck.

Locating HMS Terror is only the initial step of the research that will need to be conducted. Bernier and Parks Canada’s Underwater Archaeology team, along with the Canadian Coast Guard, the Canadian Hydrographic Service, the Royal Canadian Navy, and other partners, will investigate this new wreck site on future missions to reveal more details and develop a better understanding of this important story for Canada and the world.

“The Manitoba Museum is proud to be a part of a national initiative to share information with Canadians about the original Franklin Expedition through a partnership with Parks Canada and nine other museums across the country. The installation of the micro-exhibit, Franklin Exploration, tells the story of the discovery of HMS Erebus and we look forward to sharing the details of the finding of her sister ship, HMS Terror, once confirmed,” says Claudette Leclerc, Executive Director and CEO of the Manitoba Museum.

About Marc-André Bernier – Born in Kapuskasing, Ontario, Bernier’s great interest in history and archaeology led him to pursue a Bachelor and Master of Arts in Greek Archaeology. He also holds a diploma in Education, which aligns with his passion for sharing archaeological stories with the public. Since joining the Underwater Archaeology Team in 1990, Bernier has worked on and directed many shipwreck projects in Canada and abroad, including France, the United States, Mexico and Argentina.

More about the potential discovery of the HMS Terror – The discovery of HMS Terror would be important for Inuit communities and Canada, reflecting the valuable role of Inuit knowledge and would make a significant contribution to completing the fascinating story of the lost Franklin Expedition. Parks Canada, in partnership with the Canadian Coast Guard, will validate the find at the earliest operational window. Once confirmed, the Government of Canada will discuss the protection of the site with the Government of Nunavut and its Inuit partners. The Government of Canada will continue to engage Nunavut communities in the Franklin project and related initiatives, in both the short and long term.

“The multi-year contribution from Parks Canada and its partners in the Arctic has led to the discovery of two of the most famous and mysterious ships in Canada’s history. HMS Erebus was found through a unique combination of Inuit traditional knowledge and cutting-edge science, and Inuit knowledge was again central to this amazing discovery. This latest discovery will offer another unique and incredible opportunity for archeological exploration and the sharing of Inuit history and culture with the world.” Said the Honourable Catherine McKenna, Minister of the Environment and Climate Chance and Minister responsible for Parks Canada

About the Franklin Exploration – Since 2008, there have been eight major Parks Canada-led searches for the lost Franklin Expedition ships, pain-stakingly covering many hundreds of square kilometres of the Arctic seabed. The ongoing work to find and study the ships of the Franklin expedition brings together the Government of Canada and public, private and non-profit organizations. They are made possible through the use of both state-of-the-art technology and Inuit oral history.National historic sites tell the stories of who we are, including the history, cultures and contributions of Indigenous Peoples. The Wrecks of HMS Erebus and HMS Terror National Historic Site will be the first cooperatively-managed national historic site in Nunavut.

About the Manitoba Museum – The Manitoba Museum is the province’s award-winning heritage and science centre, unique in its combination of human and natural history themes and renowned for its vivid portrayal of Manitoba’s rich and colourful history, Planetarium shows, and Science Gallery exhibits. The Museum features immersive dioramas, multi-dimensional interpretation, science and astronomy education, and quality of school and community programs. The Museum has collected and protects over 2.8 million artifacts and specimens, including the Hudson’s Bay Company Museum Collection. The Museum’s industry-leading Alloway World Exhibits (AWE) program provides financial support for world-class temporary exhibits to come to Manitoba.