Pollination: A Comparison of Prairies 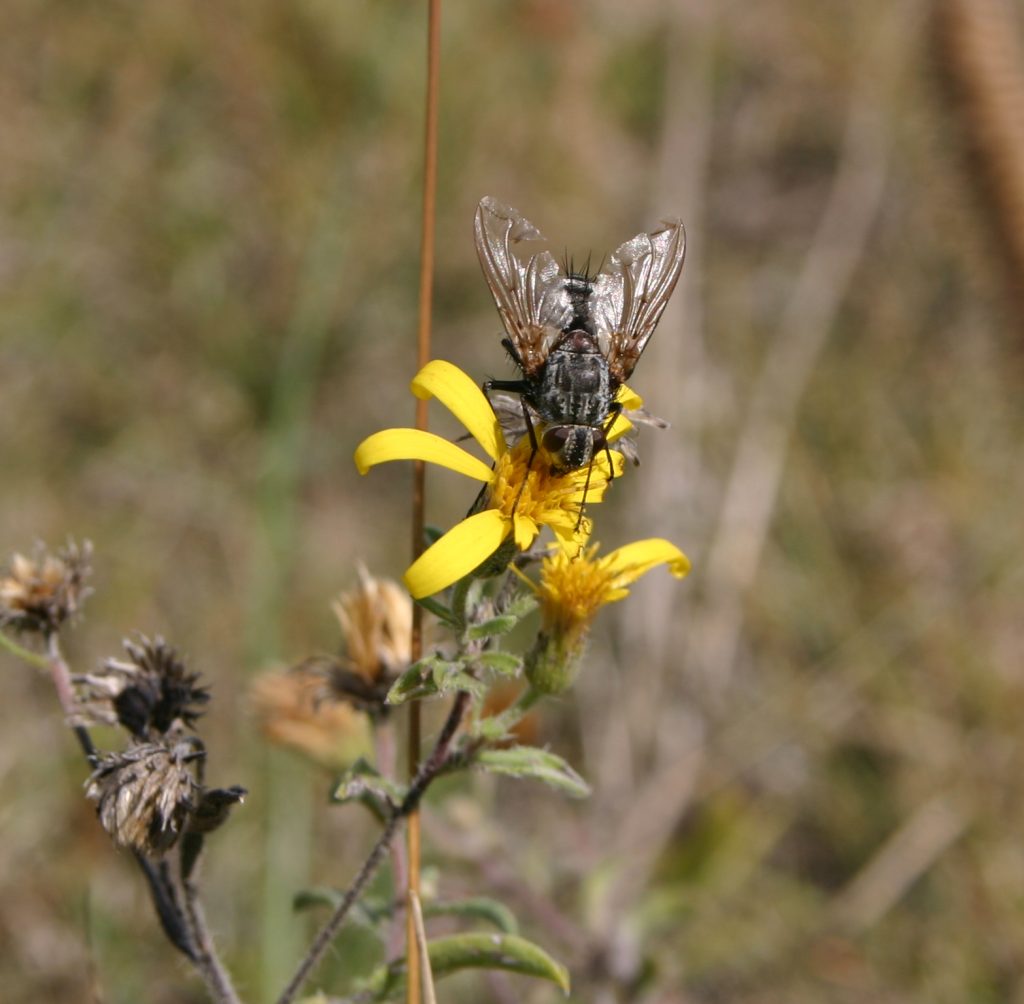 It was with some sadness that I finished my last field work of the season at the Nature Conservancy’s Yellow Quill Prairie. It will be many long, cold months before I get to go out again. However, I was eager to get back to the office to crunch some numbers and see how the pollinator community in mixed grass prairie differed from the fescue and tall grass prairies that I’ve studied previously. 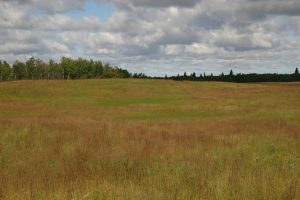 The little bluestem (Schizachyrium scoparium) had turned a lovely reddish purple by September.

One thing that was quite obvious was that I started too late. Although flowering did not get underway in the fescue prairie until well into June, I had missed some of the earliest flowering plants by starting my surveys on May 31st in the mixed grass prairie. All of the prairie crocuses (Pulsatilla patens) and most of the three-flowered avens (Geum triflorum) were already in their seed stage by then. Hopefully, I can go out a bit earlier next year to capture the pollinator activity at this important time of the year. 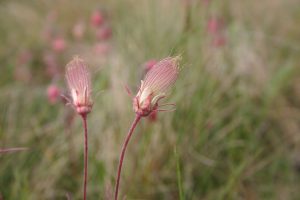 The three-flowered avens (Geum triflorum) were mostly in seed by the time I started my surveys.

The most commonly visited plant in the mixed grass prairie was wild bergamot (Monarda fistulosa), receiving just over a quarter of all observed visits, mainly from bees and butterflies. This species received only 3.6% of all visits in fescue prairie and less than 1% in the tall grass prairie. You may be familiar with this species because it is often available for sale at greenhouses. 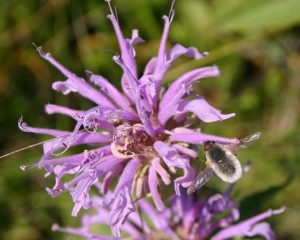 Wild bergamot (Monarda fistulosa) was the most commonly visited flower, here being visited by a bee fly (Anastoechus sp.)

Showy goldenrod (Solidago nemoralis) was an interesting species because it is one of the top visited plants in all three prairie types. This suggests that it would be a particularly useful plant for prairie reclamation because of its widespread distribution and popularity with a wide number of pollinators. 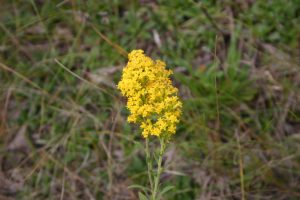 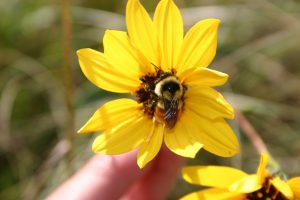 Until next year I’ll be enjoying looking at my photographs, and remembering the smells and sounds of the prairie.