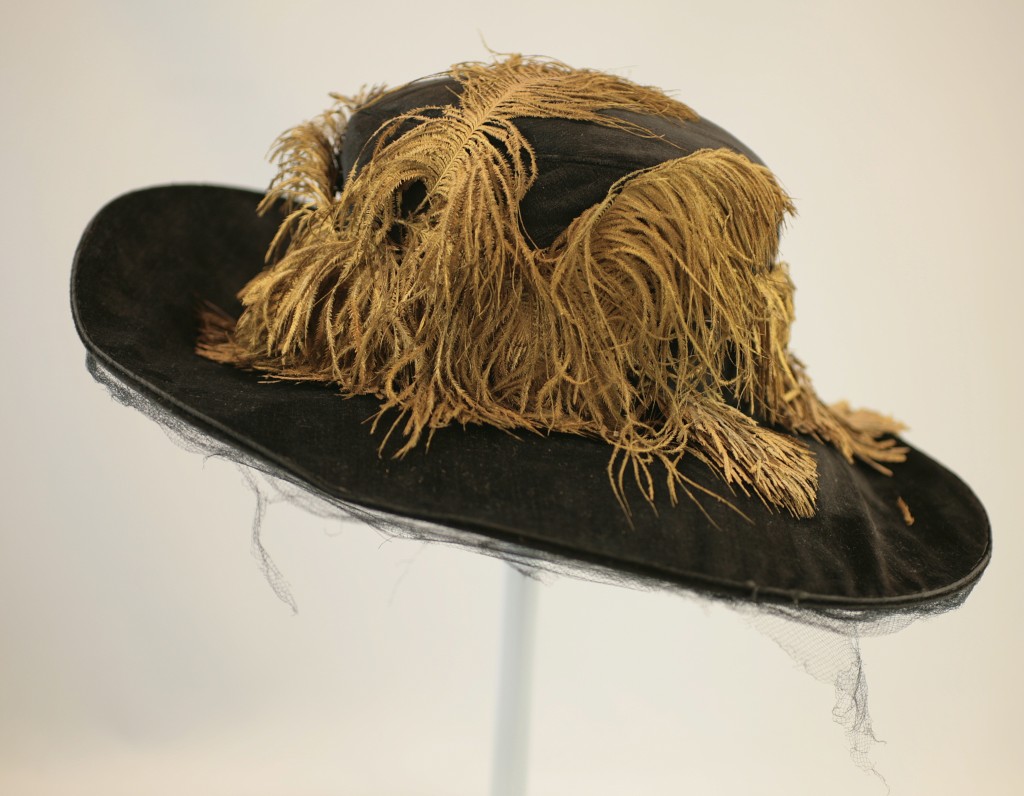 Over the last few weeks, I have been assigned the task of doing inventory, cataloguing, and condition reporting artifacts in “Amy Galbraith’s Dress Shop,” in the Museum’s Urban Gallery. I have also cleaned and photographed the objects. Through this process I have been delighted to learn more about the history behind the artifacts that we see in this 1920’s shop. I thought you might enjoy some of my findings!

Hats were a staple of the 1920’s wardrobe. The Dress Shop has nine hats that help to portray life and style during the 1920’s. Some of the hats stand out in my memory just because of where they are from. For example, the hat with gold feathers [H9-8-396 (1)] is from Holt Renfrew and the green hat [H9-38-496] is from Eaton’s. With some of the hats, we are lucky enough to have a more detailed recorded history. The pink hat [H9-4-451B(1)], which you can see in the window of the Dress Shop, is also from Eaton’s and it was worn by Miss Hazel McMillan as maid of honour at her twin sister’s wedding in 1929. The one with green chiffon roses [H9-5-147] was worn by Mrs. James A. Richardson during a visit to Buckingham Palace in 1919. These generous donations, which the Museum received in the 1970’s, help us to understand and imagine Winnipeg in the 1920s. 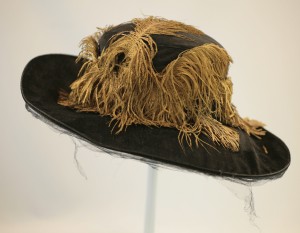 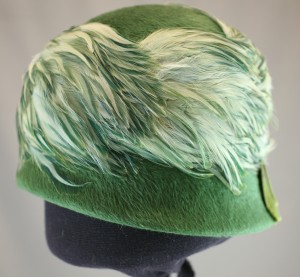 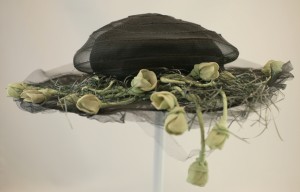 Strolling through the Urban Gallery, one may not at first realize how many artifacts are in each room. Take another look! Each room is an incredibly detailed portal into Manitoba’s past. The Dress Shop has a number of smaller objects that help to complete the room. These items include hatpins, hairpins, mirrors, shoes, sewing supplies and handkerchiefs. On the counter, there are a number of handkerchiefs. Here are some pictures of some of the handkerchiefs that help add to the 1920’s feel of the room. 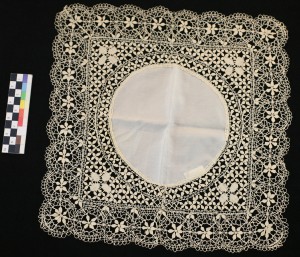 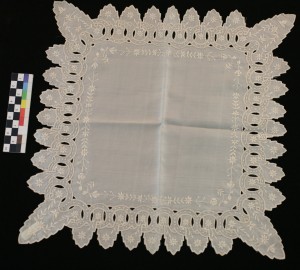 My time at the Manitoba Museum has been filled with learning. Sometimes these moments happen in unexpected places. For me, the Dress Shop has something I had never heard of before. The small bowl with a hole in the centre was a common dressing table item, called a “hair tidy” or “hair receiver”  [H9-3-720]. Women used these items to store hair that came out in their brushes or combs. This hair would then be used for different purposes. One thing women would use their hair for was to create hair pieces, or “ratts.” These pieces would be added to the elaborate hairstyles of the 1920’s to help give a natural volume. A second thing women would use their hair for was to make pin cushions, as hair is less prickly compared to pinfeathers and the natural oil from the hair would keep the pins in good working order. 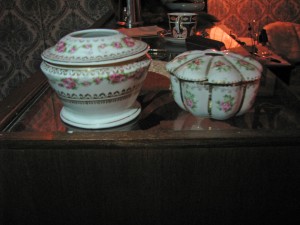 Next time you pass by the rooms in the Urban Gallery make sure to stop and look, you might be surprised at some of the interesting artifacts you can see!