The Manitoba Museum is hosting the Canadian Museum of History national travelling exhibit “Terry Fox: Running to the Heart of Canada” exhibit, opening July 14, 2016. The exhibit features the incredible story of Terry Fox as he embarked on the Marathon of Hope in 1980 to raise funds for cancer research. The marathon, which so many Canadians remember through annual Terry Fox Runs, is memorialized by personal artefacts collected by Terry’s mother.

We’re asking Manitobans to help us find artefacts and memorabilia that may be tucked away around the province. If you have anything related to the early days of Terry Fox’s Marathon of Hope, or if you have something from a Terry Fox Run that you think is special, please contact Roland Sawatzky, Curator of History  at [email protected]. We will potentially accept either loans or donations. 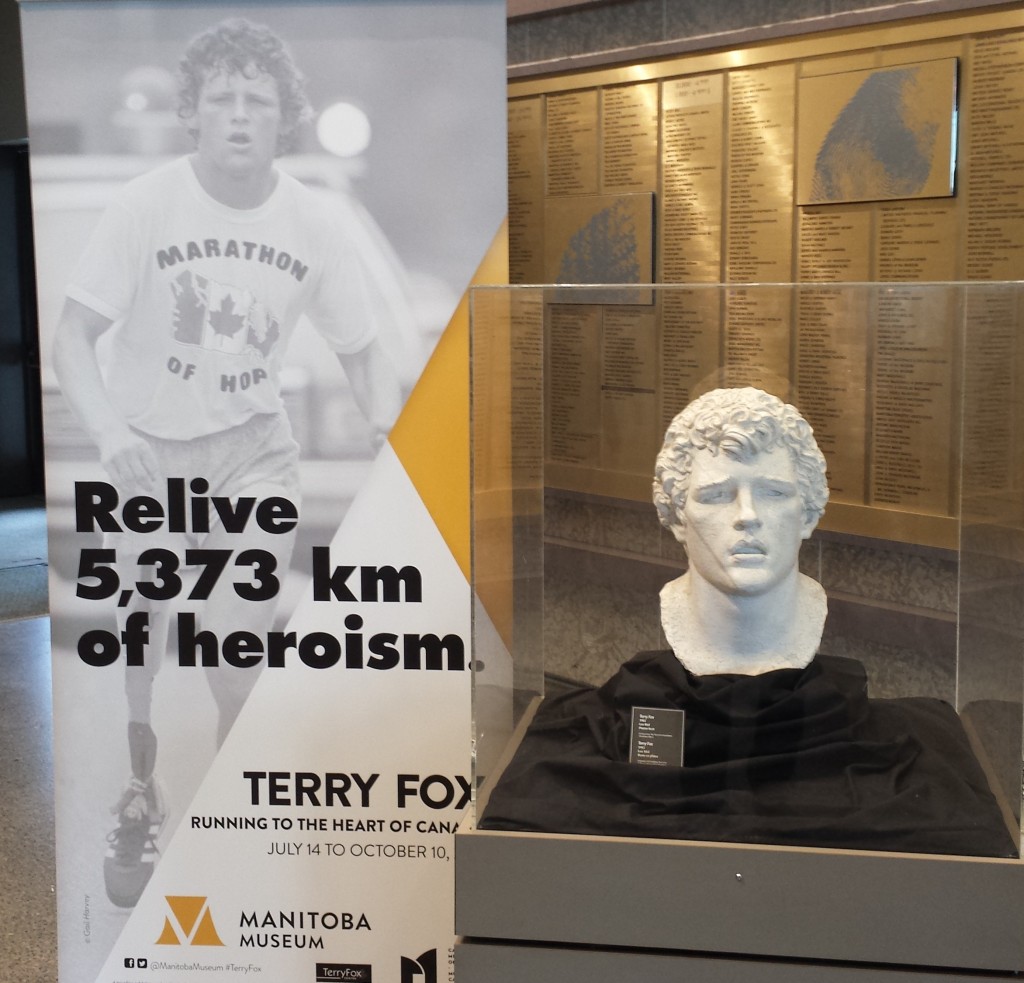 Plaster bust of Terry Fox by Leo Mol, dated to 1982, has been loaned by the Terry Fox Foundation (Manitoba Office) for the exhibit “Manitobans Remember Terry Fox”.