So, once something is named, isn’t that it? 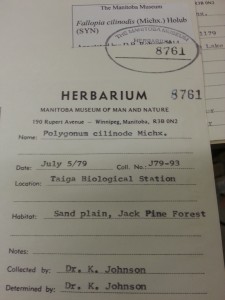 Recently, my husband asked me what I was working on, and when I told him I was updating the nomenclature for specimens in the Family Polygonaceae, he looked at me funny. I realized that as a non-biology person, my response was not that informative to him. It did not tell him that I was working on updating the official names of plant specimens, or even which plants they were, and it also did not make sense as to why their names would even change.

When a living organism is recognized as being unique and different from other organisms, it is assigned a scientific name. This is the name that is used in the Museum’s database. 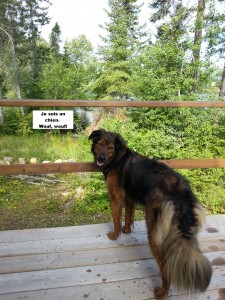 A common name may be also included, but common names are not as useful or informative. This is because common names are different in each language. For example, the domestic dog is “perro” in Spanish, “chien” in French, “sobaka” in Russian, “gŏu” in Mandarin, “hund” in Danish, and “cane” in Italian. However, the scientific name for dog is Canis familiaris, and this is the same everywhere in the world.

Even in the same language, it is not unusual for a common name to vary from country to country or region to region. A common ditch plant in Manitoba is seen below. Its scientific name is Tragopogon dubius. In Manitoba, this plant’s common name is most often Goat’s Beard, but in Europe it is known as Salsify, and in the southern United States it is called the Wild Oyster Plant. 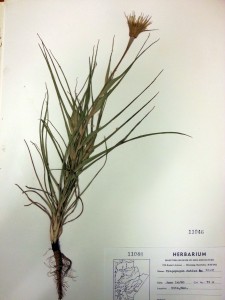 So, each different type of organism is assigned a scientific name to be sure scientists know what organism they are talking about. Scientific names have two parts to them, the genus (Tragopogon) and the specific epithet (dubius), and these are latinized words. The scientific name is therefore a binomial, that is, it has two parts to the name. The genus is always capitalized, and the specific epithet is not. To show that this is the official scientific name of an organism, the two words are either underlined (usually done when handwritten) or italicized (usually used when typed).

There are strict rules for naming organisms. In biology, the sub-discipline of naming organisms is called taxonomy. There are international conferences and conventions where scientists meet to discuss and agree upon the rules for taxonomy, and this may mean that names changes. 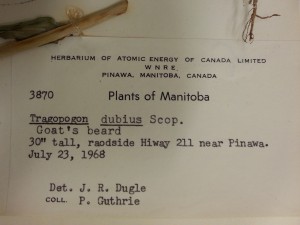 There are various reasons for names to change:

1. Sometimes a specimen is reclassified, and the name has to change to reflect this.

2. Sometimes a specimen was incorrectly identified. In the bottom photograph at the left, the original name was actually correct. Someone changed it in 1997, and then in 2014 it was changed back to its original, correct name.

3. Sometimes it is discovered that specimens with different names are actually the same thing, and so one name is adopted over the other.

4. And sometimes, if you wait long enough, an older name resurfaces (as in the bottom right photograph).This is usually because of a reorganization of the naming system. 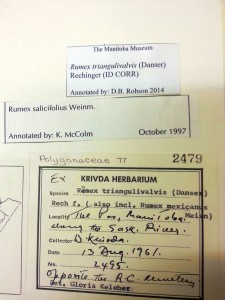 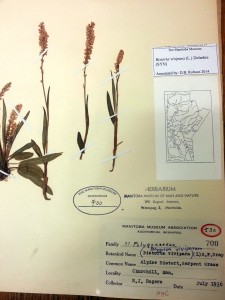 So the next time you wonder what is that tree, insect or bird, try to find out its scientific name!