Winnipeg, MB (April 14, 2016): The Manitoba Museum once again took home an Award of Outstanding Achievement in the Exhibitions – Cultural Heritage category (for Museums with annual operating budgets over $1M) at the 2016 Canadian Museums Association (CMA) National Conference in Halifax, Nova Scotia. On Wednesday night, excellence in the Canadian museum sector were recognized. A total of 14 awards and two internships for emerging museum professionals were presented during a special Awards Ceremony at the Canadian Museum of Immigration at Pier 21.

The important exhibits related to Manitoba treaties was chosen as the best new exhibit produced in Canada this year. The jury was unanimous in its decision noting that this project was nationally significant and exceeded the current standard of practice by going beyond the conventional approach.

The We Are All Treaty People exhibit marks the first time that all eight Manitoba Treaty medals have been presented as a group; The Berens Family Collectionexhibit adds detail about Treaty No. 5, which covers more than half of Manitoba, as told through the experience of Treaty negotiator, Chief Jacob Berens, and his family.

Dr. Maureen Matthews, Curator of Ethnology at the Manitoba Museum, led the team that created the exhibit. Receiving the award, she noted, “This exhibits illustrate the necessary ingredients required to develop timely, relevant exhibits with an Aboriginal focus and indicates what is possible with understanding, mutual respect, persistence and courage.”

“The process of getting the artefacts displayed was a real demonstration of how First Nations and other Canadians should work,” added James Wilson, Commissioner, Treaty Relations Commission of Manitoba.

In collaboration with the Canadian Federation of Friends of Museums, Doreen Romanow, who has been volunteering at the Manitoba Museum for over 45 years, received an honourable mention for the 2015 Museum Volunteer Award.

Since 2006, the CMA has presented awards to celebrate and encourage excellence within the Canadian museum sector. A volunteer jury conducts a peer review of all submissions, and the successful recipients are honoured at the CMA’s annual conference. Nominations are open to all members of the Canadian museum community – including volunteers, board members, supporters, as well as employees – who have contributed long and distinguished service and have been dedicated to the advancement of museums in Canada. 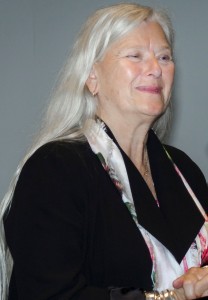 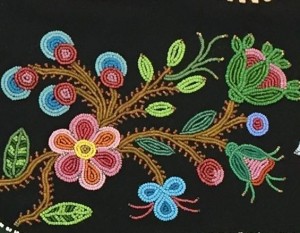