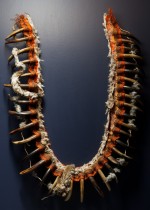 Harry Finnigan, founder and principal of McKay Finnigan and Associates in Winnipeg, is recognized internationally as a leader in downtown revitalization.

Harry overcame initial adversities in Winnipeg’s inner city with his steadfast educational development, culminating in a Masters of City planning from the University of Manitoba.  Harry used his knowledge to unlock the potential in the Winnipeg downtown core area for the enrichment of all its residents.

Harry’s continued legacy of community development can be seen in the oil capital of Edmonton, America’s most livable city Pittsburg PA, and even the Republic of Botswana.  In the early 90’s he was instrumental in developing the Downtown Winnipeg Business Improvement Zone which we now know as the Downtown Winnipeg Biz.  During his tenure as Director of the City of Winnipeg, Planning, Property and Development Department he played a pivotal role in the development of downtown’s new residential neighborhood “Waterfront Drive”.

Harry is currently channeling his drive and experience into his own highly successful consulting firm, providing community enrichment where it’s needed most.  Being a donor to The Manitoba Museum since 2004 and a Museum Tribute supporter, Harry also officially adopted the first artefact from the Museum’s Adopt an Artefact program.

Harry is continuing in the altruism that has governed his professional life by sharing a very unique and personal artefact and Heirloom from the famous Sitting Bull.  This unique treasure was presented to Harry’s Grandmother Ellen Inkster as a gift by Sitting Bull himself in thanks for her kindness to him.

As seen in the June issue of Features Online:

Sitting Bull’s Bear Claw Necklace  –  An interesting memoire of a local man’s family history and their connection to Sitting Bull and a precious artefact on permanent display within The Manitoba Museum.

Following the battle of Little Big Horn in 1876, Sitting Bull led many of his people to safety within the Hudson Bay Company’s territory to the north, Rupertsland. Protected under the authority of Queen Victoria, and specifically the Northwest Mounted Police, he spent quite some time around FortQu’Appelle, in what is now part of Saskatchewan. That’s where he met my grandmother, Ellen Arabella Inkster, and my grandfather, Henry McKay.

Yes, I did say “grandmother” and “grandfather”! In some ways I’ve jumped a few generations as my grandfather was 47 years old when my father, Reginald Harold Stanley McKay, was born in 1903, and my father was 47 years old when I was born in 1950. It seems odd to be able to note that when my grandparents got married at Ft.Ellicein August, 1881, Sir Sam Steele, an historic figure in our country’s history, and then head of the North West Mounted Police, served as best man at their wedding.

There are a few stories within the McKay family which have been passed down over the years about Sitting Bull’s necklace. They all affirm that it was given as a gift by Sitting Bull himself. One story has ourgrandmother sitting in the general store at Ft.Ellice when Sitting Bull walked in. She noticed the poor shape that his shoes were in so she offered him a pair of moccasins which she had made. He then gave her the necklace in appreciation of her gift.  Another story suggests that the necklace was given by Sitting Bull as a gift for my grandparent’s wedding.

Displayed below is the photograph of my sister Roberta wearing the bear claw necklace.   After the meeting, I provided the curator with my father’s paper on the McKay family, as well as a few old newspaper clippings and other documents connecting Henry McKay with Sitting Bull reinforcing our interesting family history and connection of Western Canada.

“Every time I visit the Manitoba Museum, I make a point of going to the Parklands/Mixed Woods exhibit, where Sitting Bull’s Bear Claw Necklace is on permanent display. I am reminded of my grandmother and her connection to the iconic Aboriginal leader, Sitting Bull; and I think fondly of my sister Roberta who passed away on January 2, 2011. I am pleased to have been able to adopt this priceless artefact in her memory.”