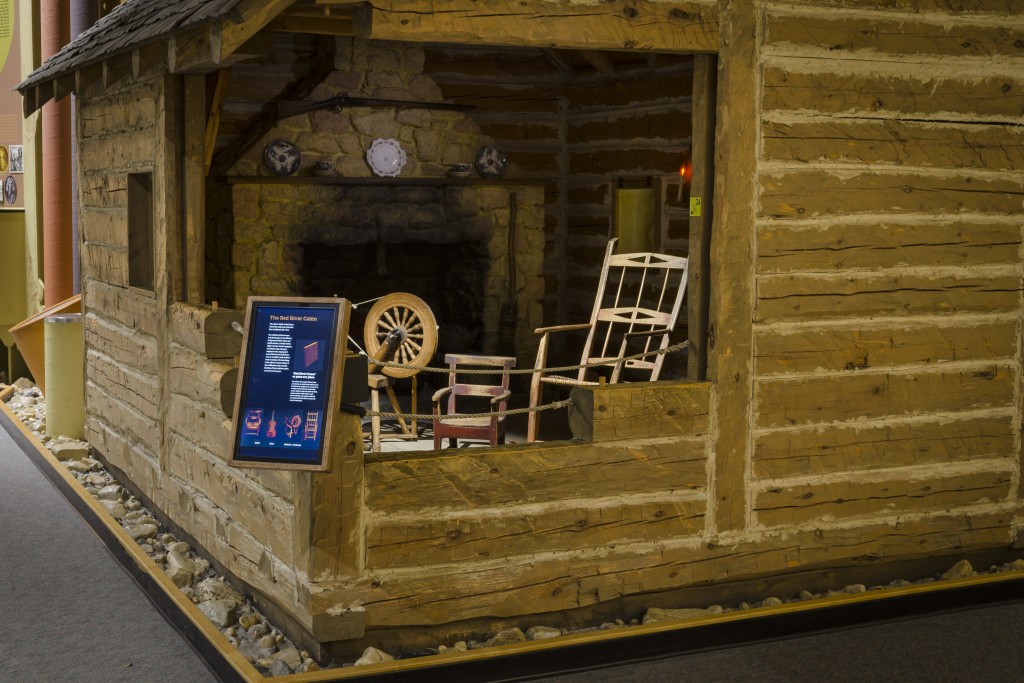 The Grasslands Gallery was developed as one of the first galleries at The Manitoba Museum when it opened 45 years ago. The Log Cabin exhibit in this gallery has been used intensively by our school programs ever since, and hundreds of thousands of visitors have enjoyed its pioneer flavour. 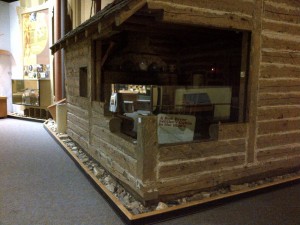 Whenever you hear someone say “pioneer flavour”, you know it’s time for a change.

The Log Cabin just didn’t seem as engaging as it could be, so we put in new spotlights and removed a plex-glass wall that was meant to protect the artefacts, but really just created a visual barrier. But most of all, I wanted our visitors to learn about the amazing artefacts in the cabin. Some of them had been there for almost half a century, but had never had their stories shared with the public. 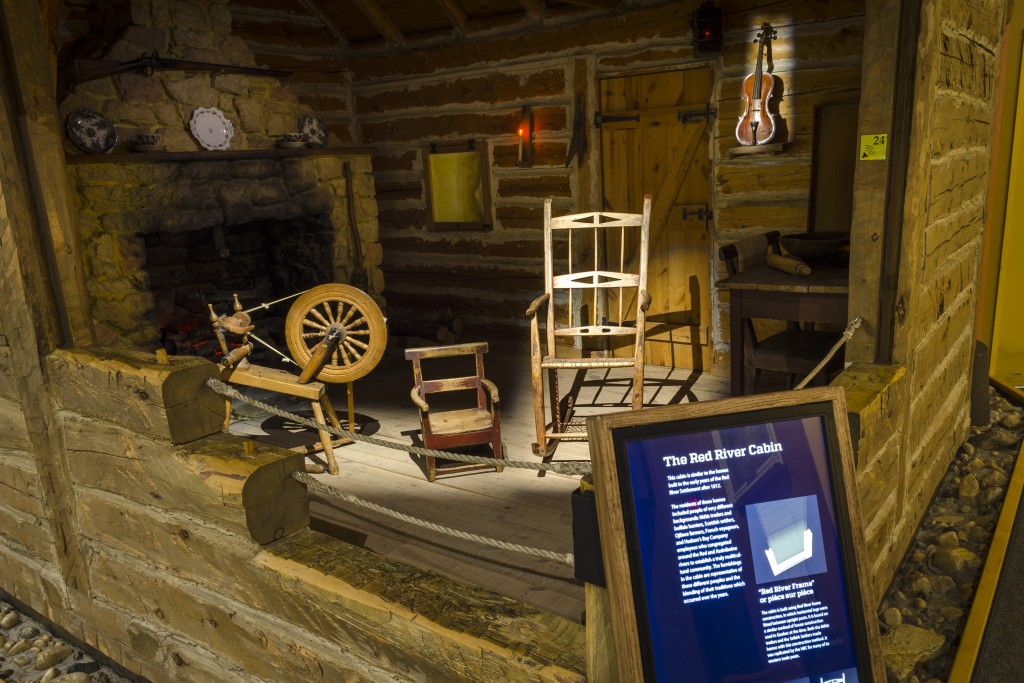 The Log Cabin exhibit after renewal. The Log Cabin represents the lifestyle of people in the Red River Settlement between 1812 and the 1860s. This included people of various backgrounds, including Métis, Scottish settlers brought by Lord Selkirk to start an agricultural colony, First Nations, HBC workers, French Canadians, and more. While there were certainly some distinct cultural traditions among these different groups, there was also a good amount of blending, and this can be seen in some of the artefacts. In fact, by the 1860s you could say the Red River Settlement was as much a blended society as it was multi-cultural colony.

Some of these artefacts include the Alexander Sutherland Violin, which is more than 200 years old; the Catherine McPherson Spinning Wheel, made for her in the 1830s and based on a French model provided by the Bishop at St. Boniface; and the Rupert Franks chair, which was made for little Rupert when he was one year old in 1837.

When I started researching the objects in some depth, I was reminded again that the small details were important, and actually quite fascinating. How could we show folks the wear and tear produced by tiny feet on the footrest of the Rupert Franks chair? Also, how would our visitors be able to see the label inside the violin, a label which tells its own interesting story?

We decided that a high-definition touch screen with high resolution, beautiful images, would let visitors explore and see what the curators were seeing. I always remind myself that the museum and its stories belong to all Manitobans. So come to the museum and explore your artefacts! As you do so, you’ll learn about the amazing stories of people who lived hundreds of years ago and in their own way helped make the province that we live in today.

The Manitoba Museum would like to acknowledge the financial support provided for this project by the Province of Manitoba through the Heritage Grants Program. 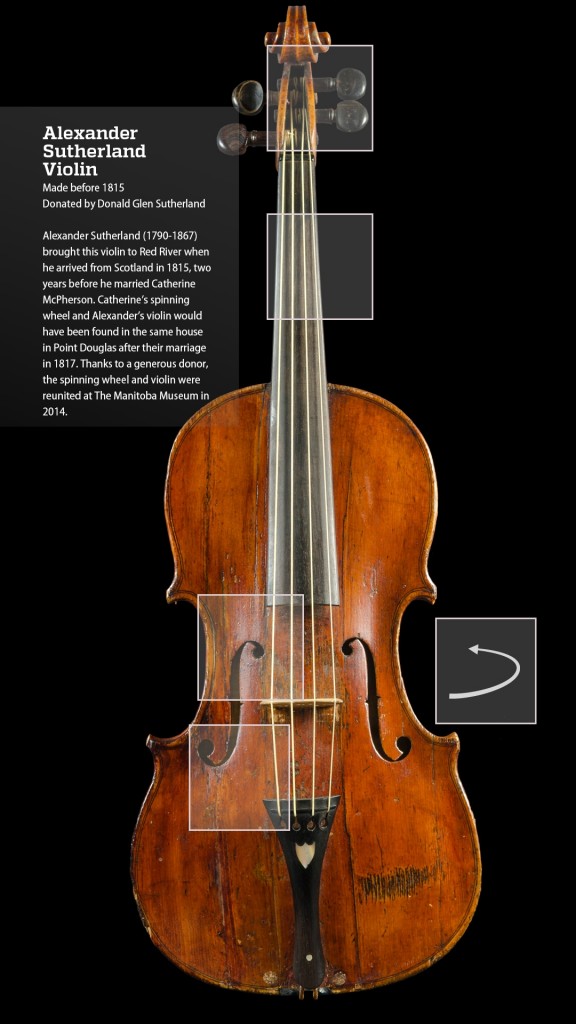