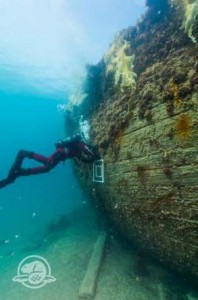 Franklin Museum Network brings together 10 museums across the country

Over the next three years, the Franklin Expedition, and the evolving discoveries around it, will be accessible to scores of Canadians through pop-up displays and programming hosted by this national network. Participating museums have the opportunity to expand the Franklin Museum Network’s reach into their communities, including sharing the displays themselves.

In winter 2016, the ROM will distribute the displays to the venues. Visitors can expect information on the latest discoveries and research to be featured on the double-paneled displays, as well as dynamic digital components. Enlightening programming, an evolving webpage, and enriching support material may augment each museum’s presentation. While artifacts will not travel with the displays, museums may enhance their presentations should their collections hold relevant objects. As new discoveries occur, visitors across the country can expect simultaneous updates to the displays.

With input from ROM curators and exhibition staff, Parks Canada will provide narratives and visuals for the displays. This content will include updates on contemporary research, underwater archaeology, and conservation efforts undertaken by Parks Canada and its partners, as well as the Government of Nunavut, since the September 2014 discovery of HMS Erebus. Inuit contributions and involvement will also be featured.

Interim ROM Director and CEO Mark Engstrom stated, “In collaboration with Parks Canada, the ROM is pleased to help lead the network of Canadian museums to bring this incredible piece of history to as many people as possible. Given ongoing, underwater archaeological research on HMS Erebus, and the continued search for HMS Terror, we look forward to enhancing the project’s content over the next three years.”

Parks Canada Chief Executive Officer, Daniel Watson said, “The discovery of HMS Erebus was realized through a combination of leading-edge science and Inuit oral tradition. It was an important moment for history and archaeology in Canada. Parks Canada is pleased to join with the Royal Ontario Museum to make it possible for Canadians across the country to discover and learn about the mysteries of the Franklin Expedition.”

Canadians will be engaged in the Franklin story thanks to the generosity of donors including Lead Exhibit Patron, The W. Garfield Weston Foundation; the Government of Canada; Isles Foundation Incorporated–The John E. Irving Family; The WB Family Foundation; Andrew and Valerie Pringle, and an anonymous donor. It is a testament to their vision that Canadians from coast to coast have the opportunity to learn about this important piece of our history.

The Franklin Expedition
The Franklin Expedition has fascinated generations of Canadians: on May 19, 1845, under Sir John Franklin’s command, the Royal Navy’s HMS Erebus and HMS Terror departed England on an expedition of scientific research and the final discovery of the Northwest Passage. Last seen entering Baffin Bay in August 1845, the disappearance of the Franklin Expedition’s two ships remains one of Canada’s greatest mysteries 170 years later.

*Image Caption
Underwater archaeologist Marc-André Bernier sets a marine biology sampling quadrant on the port side of the hull of the HMS Erebus. © Parks Canada/Thierry Boyer 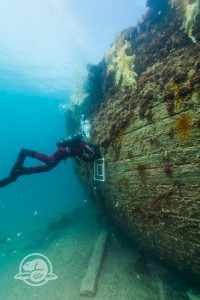 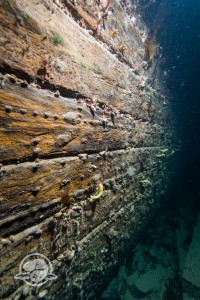 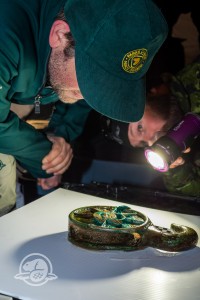 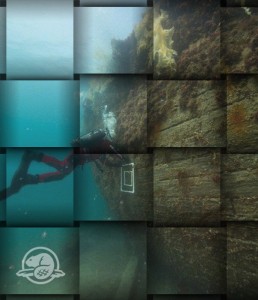 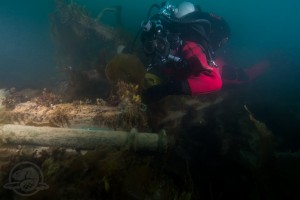 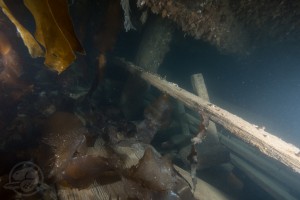 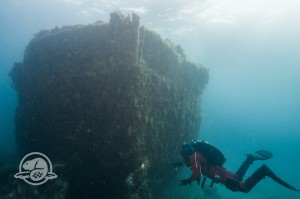 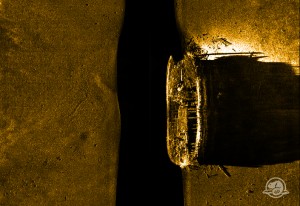