CSI Manitoba: The Case of the Broken Beak 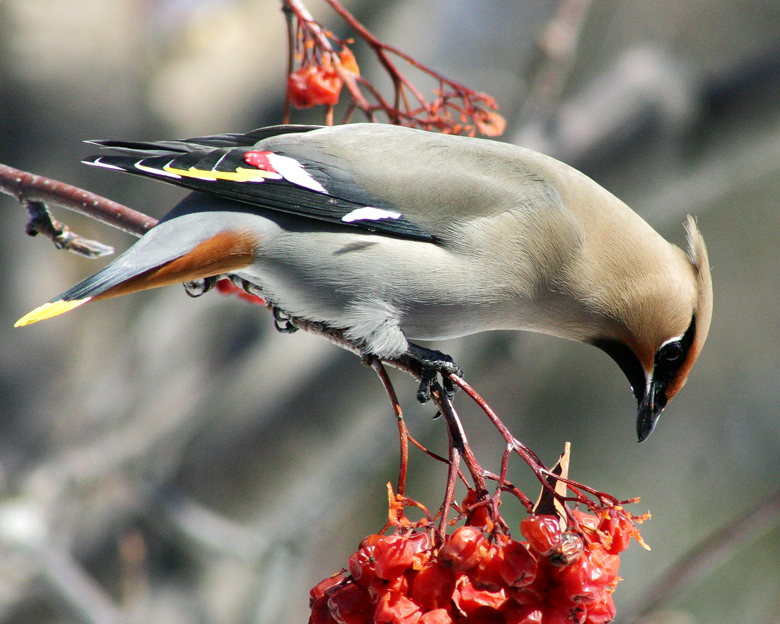 Members of the public sometimes bring dead birds to the Museum, which we incorporate into our collection to learn more about their habitat and biology. Our preparator Debbie Thompson recently came to me with a mystery: a dead Bohemian Waxwing (Bombycilla garrulus). Careful examination of the bird and its stomach contents, along with access to a great collection of preserved plants here at the Museum, helped us piece together the last few hours of its life. 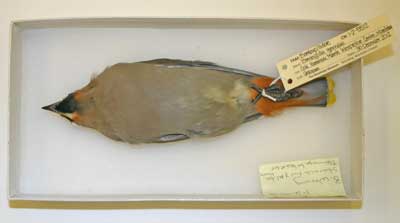 Our first piece of evidence was a broken beak. This suggests that the animal ran into something, hard. Could it have been a car, a tree, a window? And why would this normally agile bird have run into something?

Our second clue was the intestinal contents of the bird. Debbie reported finding lots of ground up flesh inside the birds’ crop along with several large seeds. I examined the contents closely under my microscope. The fruits were large-larger than most of our native species of shrubs. A thick wall surrounded the seeds and reminded me of the firm flesh around apple seeds. Lastly, what appeared to be a stem with thick sepals around it was found. After comparing this material to herbarium specimens of dried fruits and seeds, I was positive that the bird had been feeding on a species of crab apple (Pyrus  sp.) before it died. 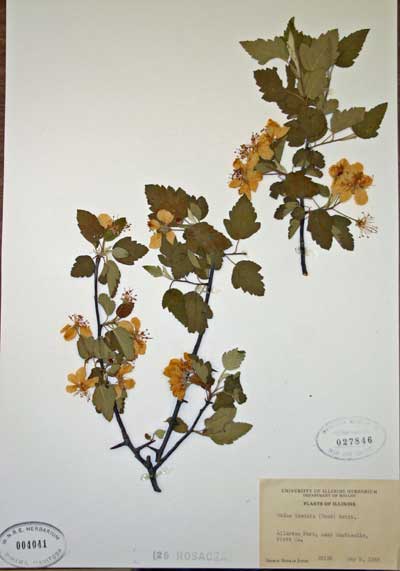 A preserved herbarium specimen of crab apple (Malus  sp.) in flower. TMM B-27846.

Not much later she was preparing yet another Waxwing with a broken beak.  This one had lots of ground up orange-coloured flesh inside the crop. The colour of the fruit made me think about an incident that happened long ago.  One winter day I came across a huge flock of Waxwings gently pipping in a tree.  I paused to admire them and was puzzled to hear an unusual plunking sound.  I looked at the snow under the tree and saw that it was covered with orange-coloured poop from the mountain ash (Sorbus  sp.) berries the Waxwings were eating. The plunking sound was that of bird poop landing in the snow. Furthermore, I was standing directly in the line of fire! Admiration quickly turned to panic and I dashed out of target range. A quick examination of dried mountain ash berries in our collection helped me confirm my educated guess. 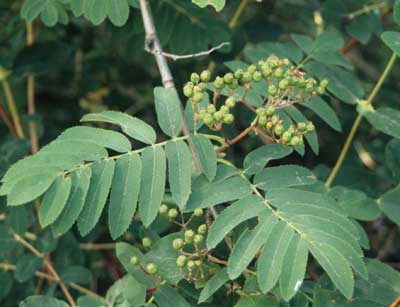 But why did they crash ? The collection dates were in winter so the fruits they were eating were not fresh-they had been hanging on the tree for many months, a long enough period of time in fact to result in partial fermentation. I had the answer!  They were drunk on the natural, potent cider from fermenting fruit.  The intoxicated birds likely flew right into a window or other hard stationary object, breaking their beaks and causing serious enough brain trauma to kill them.

So as it turns out humans are not the only ones guilty of “driving drunk”, or in this case “flying drunk”. However, drunken Waxwings only kill themselves while drunken humans tend to kill others. So remember to drive safe this holiday season!