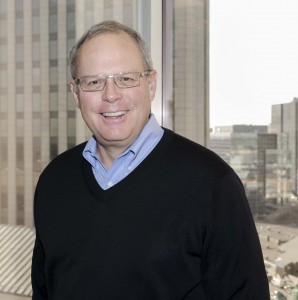 Winnipeg, MB (November 3, 2015): The Manitoba Museum is pleased to announce that its annual Tribute will honour H. Sanford Riley C.M., O.M., LLD on Thursday, May 12, 2016 – Manitoba Day! The Museum’s Tribute celebrates the contributions of individuals or organizations whose leadership and philanthropy have shaped our city and province. The event, emceed by Honourary Chair Nick Logan, will take place in the Museum’s Alloway Hall.

The Manitoba Museum Board of Governors Chair, Scott Craig says, “Sanford Riley’s leadership in the business community and philanthropy have made an extraordinary contribution to our province and we are honoured to pay Tribute to such an outstanding Manitoba ambassador on Manitoba Day. From leading major capital campaigns to making personal financial contributions, he has worked diligently at improving the city and province that we call home. We are honoured that Sandy has agreed that the proceeds from the Tribute dinner be directed to The Manitoba Museum’s community initiative Access for All. Every year this initiative provides complimentary access to more than 50,000 individuals living with challenging circumstances.”

“I am very appreciative to be chosen by The Manitoba Museum for this distinction. I am honoured to stand among the group of remarkable people that have come before me to be recognized at Tribute over the past eleven years.” says Sanford Riley. “I look forward to sharing this special evening with past honourees, with my family and friends, and with supporters of the Museum.”

Sanford Riley was born in Montreal and attended high school in Toronto and Winnipeg. He is a graduate of Queen’s University in Political Science and Osgoode Hall Law School. Mr. Riley began his law career in Toronto in 1975 and went on to serve as a partner in the Winnipeg law firm of Taylor McCaffrey.

In 1985, Mr. Riley left the practice of law and began a career in the financial services industry by joining the Toronto-based Great Lakes Group. He later became Executive Vice-President and Chief Operating Officer of Trilon Financial Corporation.

In 1992 Mr. Riley became President and Chief Executive Officer of Investors Group, Canada’s largest distributor of mutual funds, diversified financial products and financial planning services. In May, 2001, after nine consecutive years of record growth, Mr. Riley was appointed Chairman with the responsibility for leading the transition process following Investors Group $4.0 billion acquisition of Mackenzie Financial Corporation. He retired as Chairman in April, 2002 and as a director in April, 2003.

His past and present involvement in community activities is extensive. An avid sailor, Mr. Riley was a member of the Canadian National Sailing Team for 10 years and competed in the 1976 Summer Olympics. He is a former Chairman of the Manitoba Business Council, Manitoba Sports Federation and in 1999 served as Chairman of the Board for the highly successful Pan American Games, which were held in Winnipeg. He served for nine years as Chancellor of the University of Winnipeg.

Mr. Riley presently is Chairman of the University of Winnipeg Foundation, Chairman of The North West Company and is a member of several boards of directors, including, Molson Coors Brewing Company, Canadian Western Bank and MTS Allstream. A recipient of a number of awards, Mr. Riley was appointed to the Order of Canada in July, 2002 and the Order of Manitoba in 2013.

Mr. Riley and his wife Deborah have three children and five grandchildren.

For information about reserving tables, tickets, Tribute sponsorship opportunities, and/or to make a donation to the Access for All program, please contact Janet Rheault, Corporate Partnerships Manager at 204.988.0629 or email [email protected].