Close Encounters of the Wild Kind

I spent a good chunk of my summer field trips to the Nature Conservancy’s fescue prairie preserves being bear-anoid. Although I saw several black bears last year, they were all solitary and a fair distance away from me. On my second field day in late June I was examining a plot for pollinators and when I looked up there was a mother bear and two cubs down in the valley below me. Nuts! They apparently hadn’t notice me high up on the hill. I began moving slowly away from them and jingling my bear bell like a deranged Dickie Dee boy. The mother paused, looked at me like I was crazy and ran into the bushes with her young ones behind her. I was relieved, figuring it would be my only bear encounter of the trip. Not so. 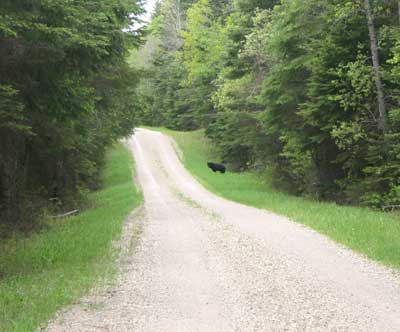 A black bear located where I normally like to see them-far away.

That afternoon I was busy photographing a bumblebee on a thistle and when I turned around a small bear cub was digging away about 10-m down slope from me. Once again I jingled my bell and the cub took off. But where was mom? Down in the valley, I hoped, rather than in between me and her offspring. I beat a hasty retreat. 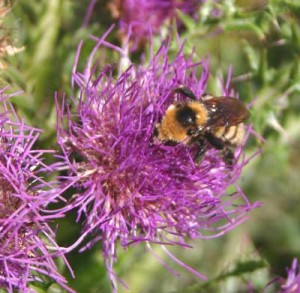 One thing that became very clear to me that day was that despite their ungainly appearance, bears can sure be stealthy when they want to be. As I walked back to the field station I noticed many signs that the bears were foraging extensively in the preserve. I found bear scat, overturned rocks and turf, and hair caught on a barbed wire fence. 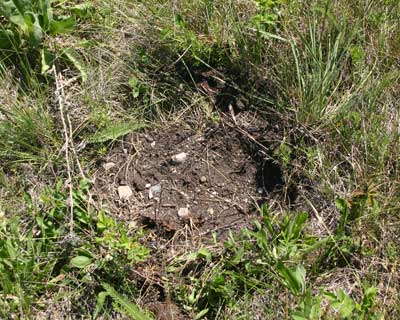 The black bears in the areas were digging for beetles on the hillside where my research plots are located.

The next day I was determined to make plenty of noise to alert the bears to my presence. I rang my bell, tooted on my whistle and loudly sang nature-inspired show tunes from “Les Misérables”, vaguely hoping I wasn’t inspiring any forest revolutionaries (do you hear the warblers sing, singing the song of hungry birds. It is the music of a genus that likes to eat lots of worms!).  Anyway the noise paid off and I didn’t see any bears for the remainder of my field work. But I was still jumpy.  At one point I felt something poke my back. I jumped five feet in the air from fright. Was it a bear? No, it was just the walking stick that I had propped up on a fence. Then something zoomed by my face. I screeched like a three year old watching a scary movie. It was only a Great Grey Owl. It also stared at me like I was crazy.  Or maybe that’s just the way it always looks.  Clearly, I was a little high strung. 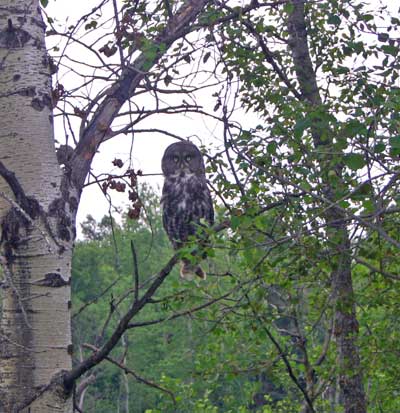 Fortunately, I encountered many other less frightening creatures (at least less frightening to me although I’m sure the bee that I saw getting eaten by a crab spider would disagree). A grasshopper that wanted to lick me, two racing white-tailed deer, and some amorous blister beetles along with many cool pollinators made my field work a feast for the eyes! 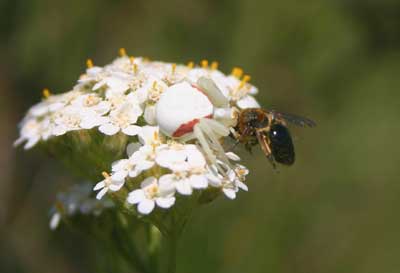 Bees have a good reason to be wary of crab spiders. 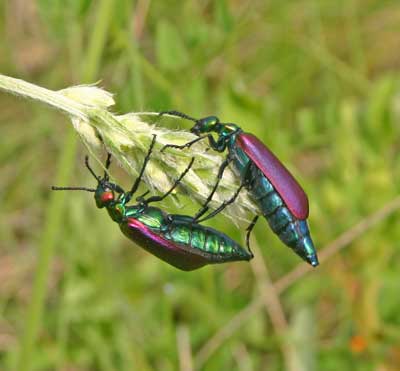 It was mating season for these spectacular blister beetles.