Chicago: Winnipeg of the South!

Most Manitobans would consider Jonathon Toews and the Chicago Blackhawks the crowning cultural exchange between the windy cities. But many are also aware that Winnipeg has often been referred to as the Chicago of the North. To understand why, we need to look back more than 100 years.

Both cities were rapidly expanding prairie metropolises built as much on optimism and corruption as a real economy. Their economies were both based on real estate, transportation hubs and warehousing sites for the growing populations of the rural west.  Chicago did grow much larger and earlier than Winnipeg, but our fair city expected to do the same thing, just a bit later. Our fantastic Legislative Building, the Shoal Lake aqueduct, and an architectural building boom all held out the promise of bigger and better (but mostly bigger) things to come. Huge numbers of immigrants flooded the city.

That was over 5 generations ago, almost too remote to recall, and Winnipeg has since the mid-1910s meandered down its own path.

On a recent trip to Chicago I was faced with concrete reminders of that early boom period in many ways, mostly in the form of historic architecture.  Architect John Danley Atchison worked in Winnipeg from 1905-1923, and he was responsible for a number of buildings that still stand in Winnipeg. An American educated at the newly founded Chicago Institute of Art in the early 1890s, Atchison was a student of some of the key figures in the so-called “Chicago School of Architecture”, and worked in the famous firm of Jenney and Mundie before coming to Winnipeg. On a walking tour of the early skyscrapers of Chicago, I noticed a number of parallels between that

work and Atchison’s buildings in Winnipeg. 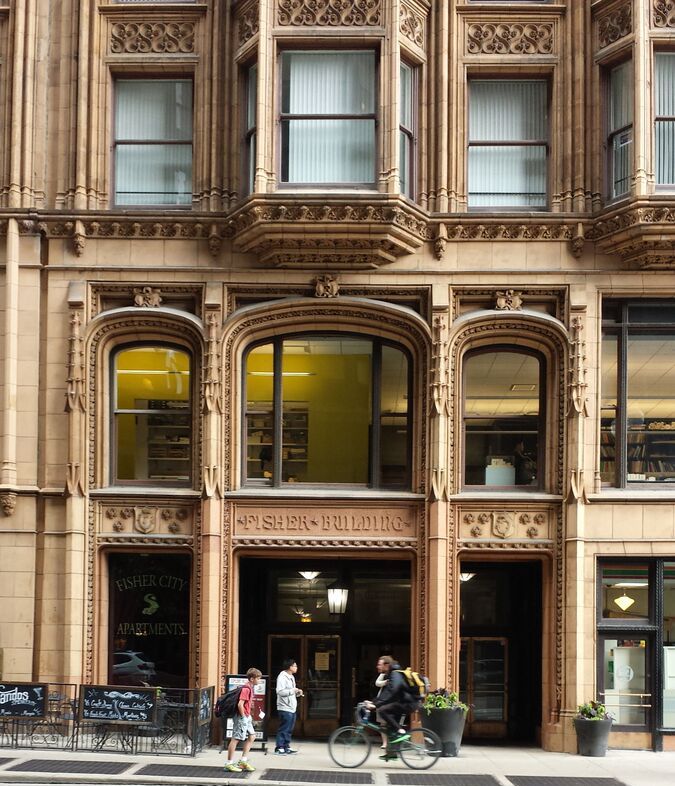 The Fisher Building in downtown Chicago was constructed in the neo-Gothic style by D.H. Burnham and Company in 1896. A skyscraper in a similar style was built by Atchison’s employers Jenney and Mundie at about the same time 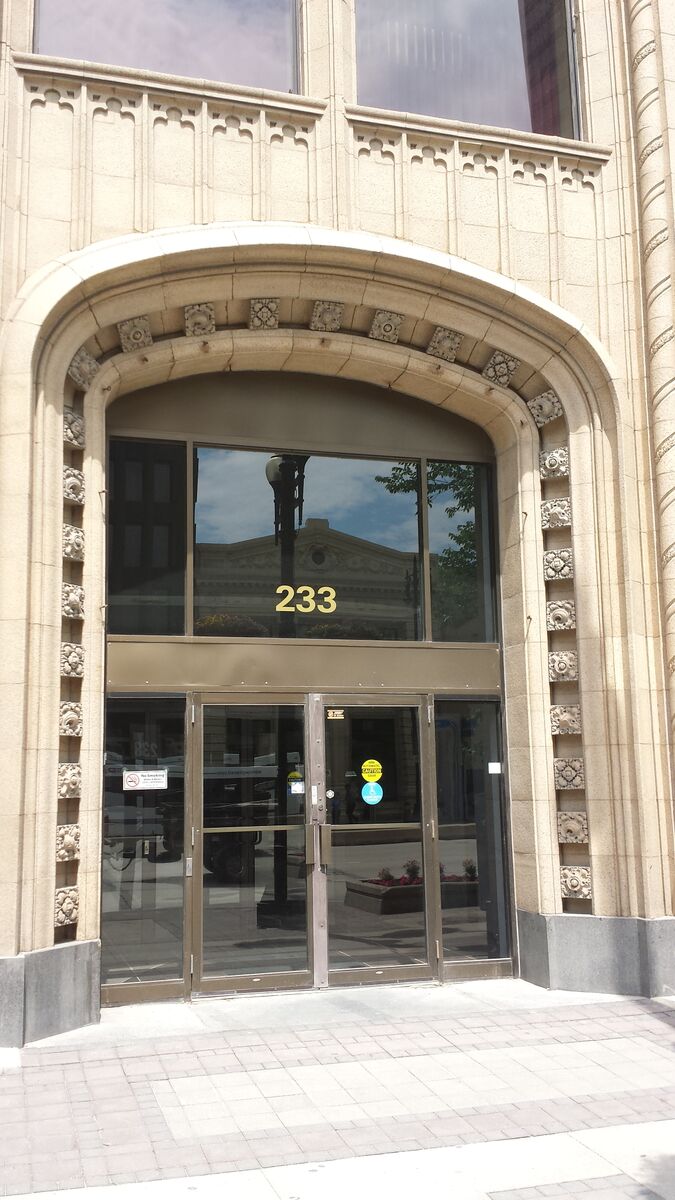 The neo-Gothic Curry Building near Portage and Main displays a remarkably similar entrance to the Fisher Building. Atchison designed this building in 1915 to house five floors, but due to a slowdown in the economy only two floors were built. 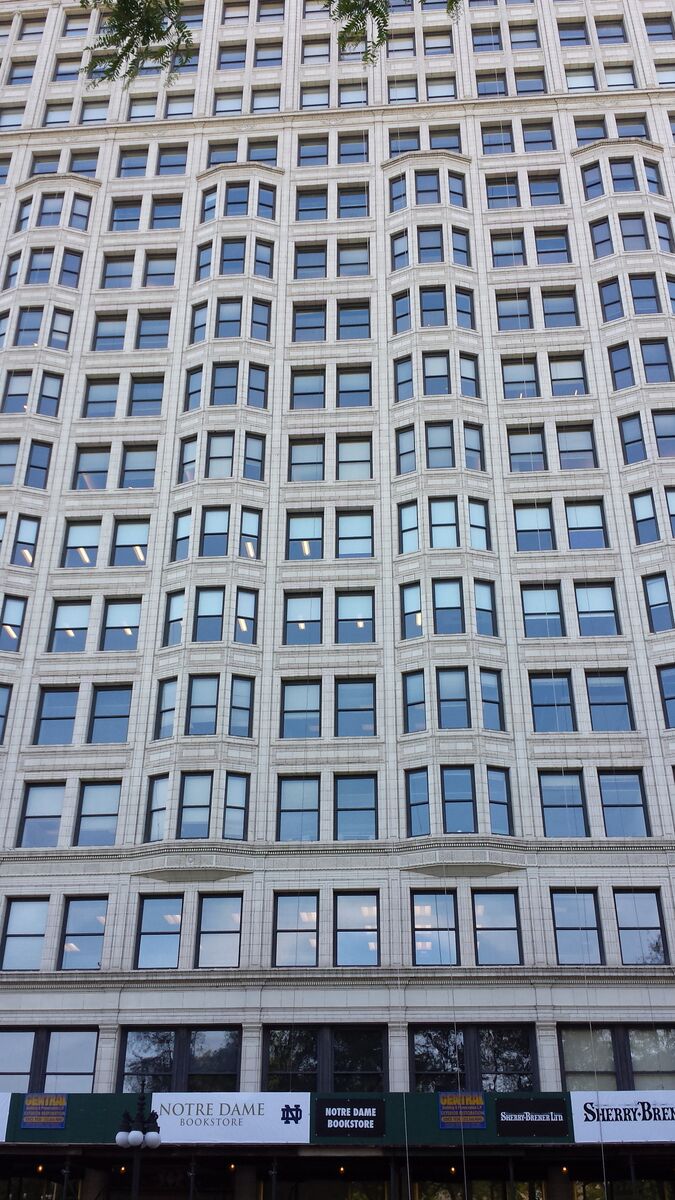 Terracotta was a fired clay sheathing used to fireproof the building. It was available in a gleaming white, as in the Burnham and Co. Sante Fe building in Chicago (1904). 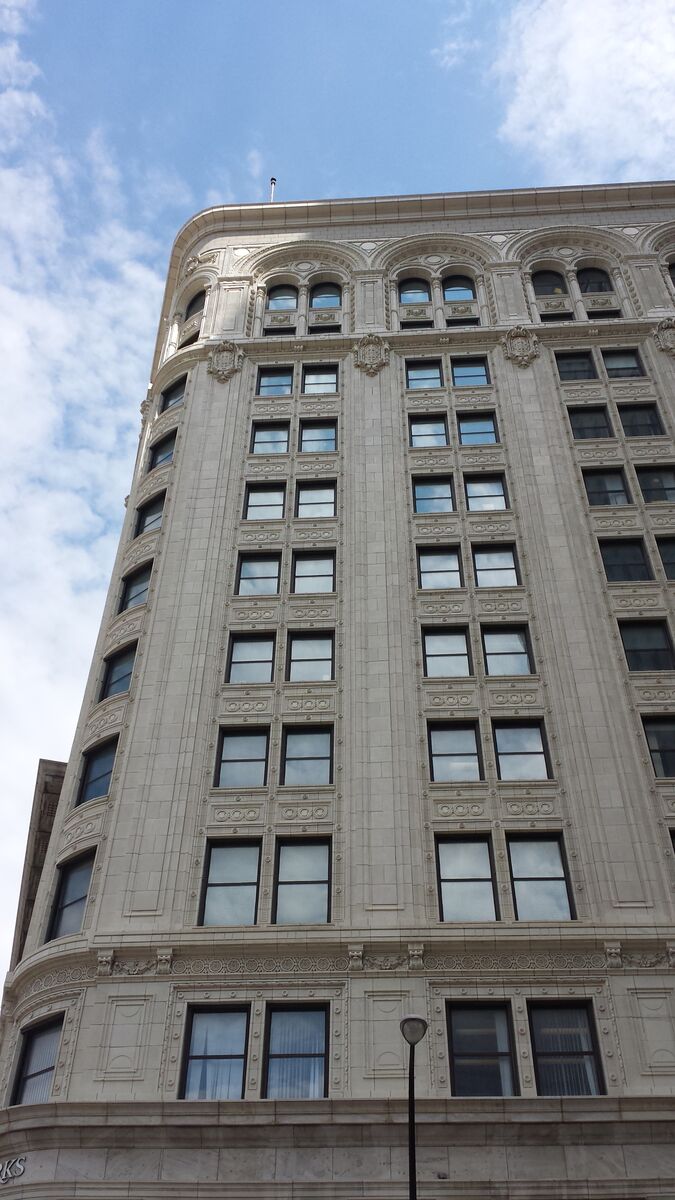 Atchison’s Union Trust Building on Main and Lombard is also clad in white glazed terracotta. It was completed in 1912 and to this day is conspicuous in its particular location. 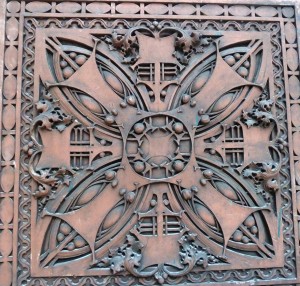 This decorative element was designed by the famous Louis Sullivan for the Eli B. Felsenthal Store, Chicago, 1905. 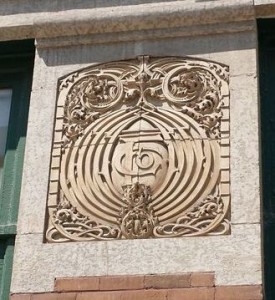 Atchison designed the Fairchild Building in 1907 as a warehouse, but in a distinctly modern Chicago style. Terracotta decorations mimic those of Sullivan.