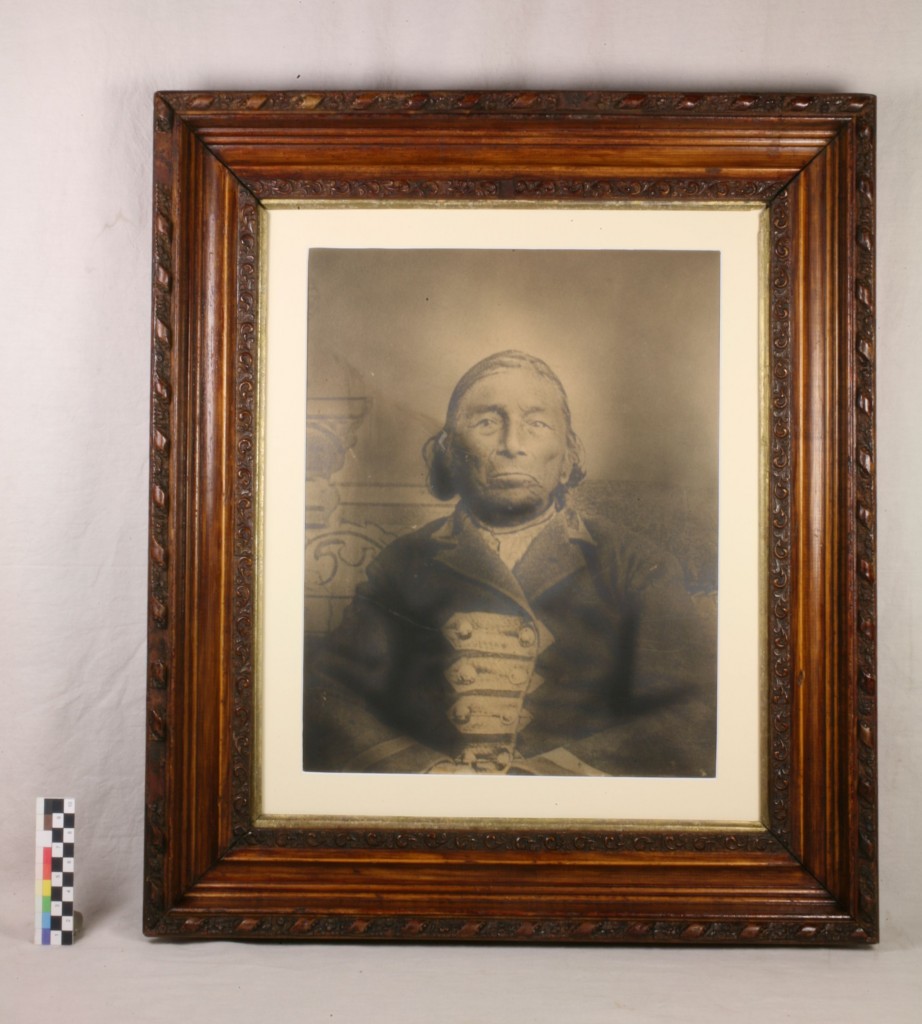 There are two new exhibits opening this summer in our Parklands/Mixed Woods Gallery here at The Manitoba Museum and we couldn’t be more excited to soon be able to share our work! The Conservation lab has been working hard these past few months to get everything documented, cleaned and mounted for its grand debut, including a very important Mann. Yes, this Mann was in fact a man, more fully known as William Mann, William Pennefather or Chief Kakekapenais, who signed Treaty No. 1 at Lower Fort Gary on behalf of the Fort Alexander Band (now Sagkeeng First Nation).

An original photographic silver-gelatin print of William Mann taken around the same time as the signing of Treaty No. 1 in 1871 was recently acquired by the Museum; however, the condition of the photograph was quite poor. As The Manitoba Museum is on Treaty No. 1 land, it is important for us to display such a prominent figure and significant artefact in our galleries; but to ensure its long term preservation, it first required a careful touch from our conservators before it could be hung on the wall.

Smoke, water and mould damage, as well as acidic backing materials and pollutants in the air causing the photograph to have a mirrored finish, were all contributors to the poor condition of the Mann photograph. The frame was also very dirty and had numerous areas of broken plaster molding. So we said – hey, let’s fix it all!

But with many artefacts there are challenges a conservator faces and this artefact proved to be one of them. As much as we want to be able to clean and revive artefacts to their former glory, sometimes certain conditions do not make it possible. After several spot tests on the front of the photograph it was found that we wouldn’t’ be able to clean it without risking more damage to the emulsion (the photo-sensitive side of a photograph). In this case the best thing to do was nothing!

The cleaning and repair of its original frame proved to be much more successful. After swabs and swabs of grime were removed and the gaps filled, the frame looks like a million bucks. We re-matted the photograph with acid free materials for its long term care and at the end – to our complete surprise – the features and contrasts in the photograph actually became more visible, even though we hadn’t intervened at all. Sometimes prevention is the best form of conservation.

With a few more weeks to go before this new exhibit opens, I have provided a few before and after images of the Mann photograph as a sneak peak of what changes are coming to our galleries. 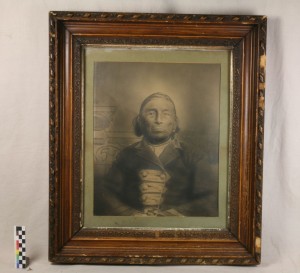 The Mann photo before treatment 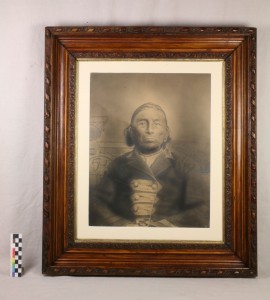 The photo after treatment