Seven years ago I went to northern Manitoba in search of a rare water-lily with American botanist John H. Wiersema. This water-lily appeared to be a fertile hybrid between two species: Fragrant Water-lily (Nymphaea odorata) and Pygmy Water-lily (N. leibergii). The only problem was that the specimen had been observed only once way back in 1948 by renowned botanist Homer J. (no not Simpson!) Scoggan. In order to determine if the water-lily was a unique species, we needed some fresh DNA! 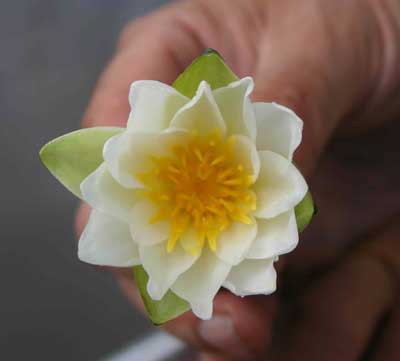 After a fruitless (literally and figuratively) trip in 2007, Manitoba Hydro graciously flew both John and I up north to search a small river for the elusive water-lily in July of 2008. After a long boat ride, our persistence was rewarded with the first sighting of the water-lily in 60 years. John took DNA samples to give to his research associate Dr. Thomas Borsch to do the required genetic research. The genetic work confirmed that this plant is a fertile species of hybrid origin that does not reproduce with either of the parent species. Six years later, a peer-reviewed paper describing and naming the new species as Lori’s Water-lily (Nymphaea loriana) has been published the the NRC Press journal Botany (http://www.nrcresearchpress.com/doi/abs/10.1139/cjb-2014-0060?src=recsys&journalCode=cjb#.VHNgOjTF_E0). The water-lily was sadly named after Dr. Wiersema’s late wife. 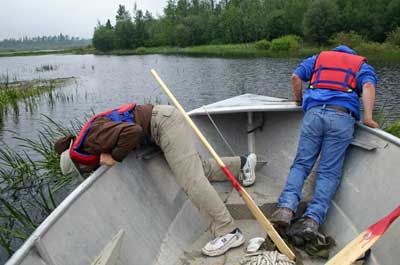 Most people do not realize how long and laborious the procedure to scientifically describe new species is. Herbarium specimens must be studied, field work undertaken and often genetic and biochemical laboratory work performed. This process can take years, even decades to complete as scientists usually cannot spend all of their time doing research (other stuff like tedious paperwork usually gets in the way). Even after the research is all done, a species is not officially recognized until it has been peer-reviewed and published in a scientific journal.  Further, the specimens collected must now be protected and cared for in perpetuity as they are the official documentation of the species’ existence, a task that The Manitoba Museum gladly undertakes.  The dried, pressed specimens were glued onto special acid-free paper, labelled, databased and stored in a climate-controlled vault for future reference and scientific research. 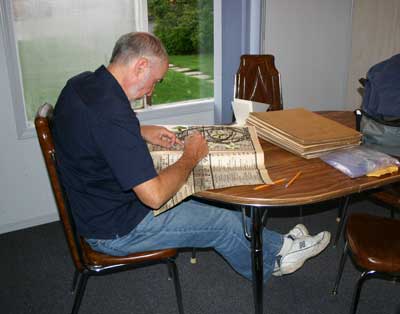 John Wiersema pressing scientific specimens. These specimens will be cared for in perpetuity at The Manitoba Museum.

Now the next phase begins: conservation. This species is endemic to Canada, meaning that it is found nowhere else in the world. My colleagues and I estimate that there are only about 750 Lori’s Water-lilies in the world, making them extremely rare. Pollution of our northern waters from agriculture and natural resource development, and changes in water levels due to climate change are potential threats to this species here and in central Saskatchewan where two other populations are found. In a soon to be submitted paper, my colleagues and I will be recommending that this new species be protected under Canada’s Species at Risk Act, due to its extreme rarity. 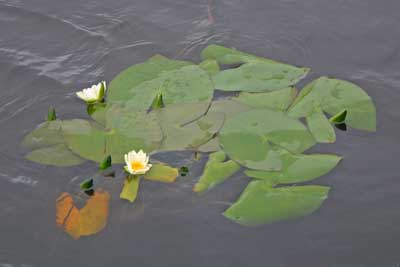