Mural, Mural, On the Wall 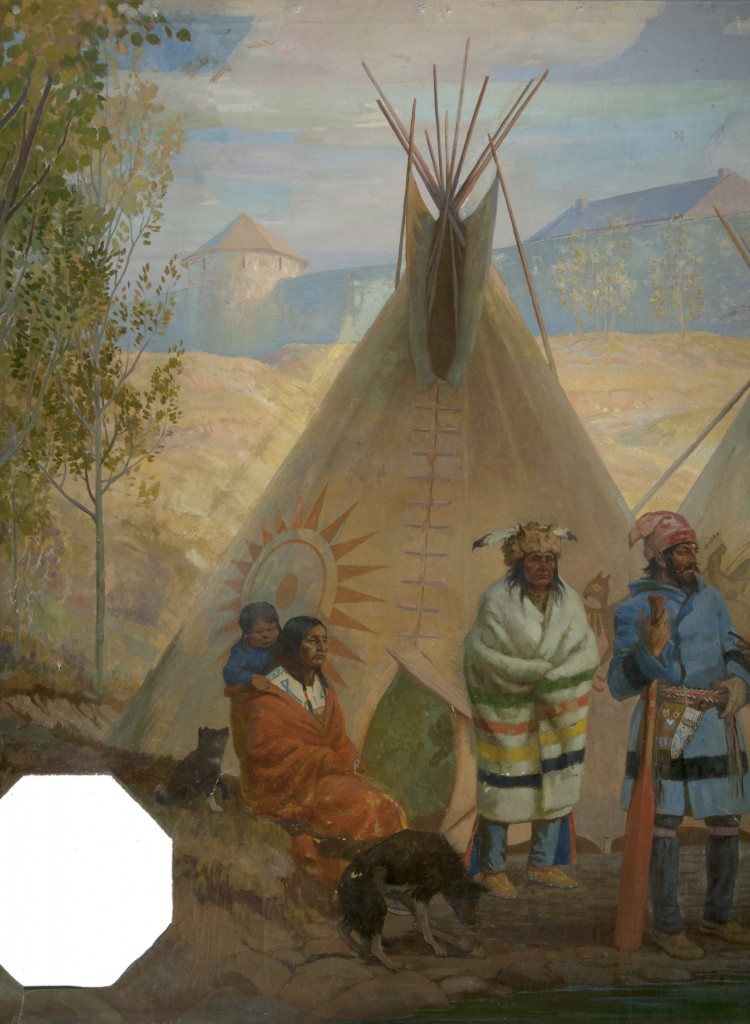 On September 30th we participated in a lovely anniversary celebration with our friends at the Hudson’s Bay Company Archives and Canada’s National History Society to acknowledge two important events: 40 years since the transfer of the archival records to the Manitoba Archives; and 20 years since the HBC officially donated the archives to the Province of Manitoba, and the artefacts to The Manitoba Museum.

For me the highlight of the event, aside from the delicious crustless sandwiches from Ray & Jerry’s, was the official donation of two murals to the HBC Museum Collection.  These murals are not just an important part of HBC history, but also the City of Winnipeg’s, as they were prominently displayed in our downtown Hudson’s Bay store.

When the Hudson’s Bay Company was designing their Winnipeg store, set to open in 1926, they thought not only of the retail space, but also of the image they wanted to project.  As such, they hired one of Canada’s most prolific artists of the early 20th century, Adam Sherriff Scott, to produce two large murals for the main floor of their new store.

Sherriff Scott worked closely with fellow artist and amateur ethnologist Edwin Tappan Adney to design historically accurate scenes from the Company’s history as the subject matter.  One mural was to depict a scene from Upper Fort Garry, very fitting considering the store’s proximity to the old fort, and the other was to focus on the Nonsuch.

The final product was two large murals, approximately 52′ long by 10′ wide, that were placed above the banks of elevators on the main floor.  Many Winnipeggers will probably recognize The Pioneer at Fort Garry, 1861 as it remained on display until January 2014, but the Nonsuch at Fort Charles had a much shorter display period (to be discussed in my next blog post!).

The Pioneer at Fort Garry, 1861 (Note the cut-outs for the medallions above the elevators!).

I had The Pioneer appraised and photographed during our big clean-up week in September.  It was great to see it unrolled again, although I’ll admit it was a giant pain to roll it back up! 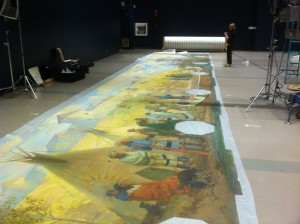 The mural unrolled and ready for photos and appraisal.

In my next post I’ll talk about the content of both murals, include some close-up sections of The Pioneer, and provide some more information on the mysterious Nonsuch at Fort Charles mural. 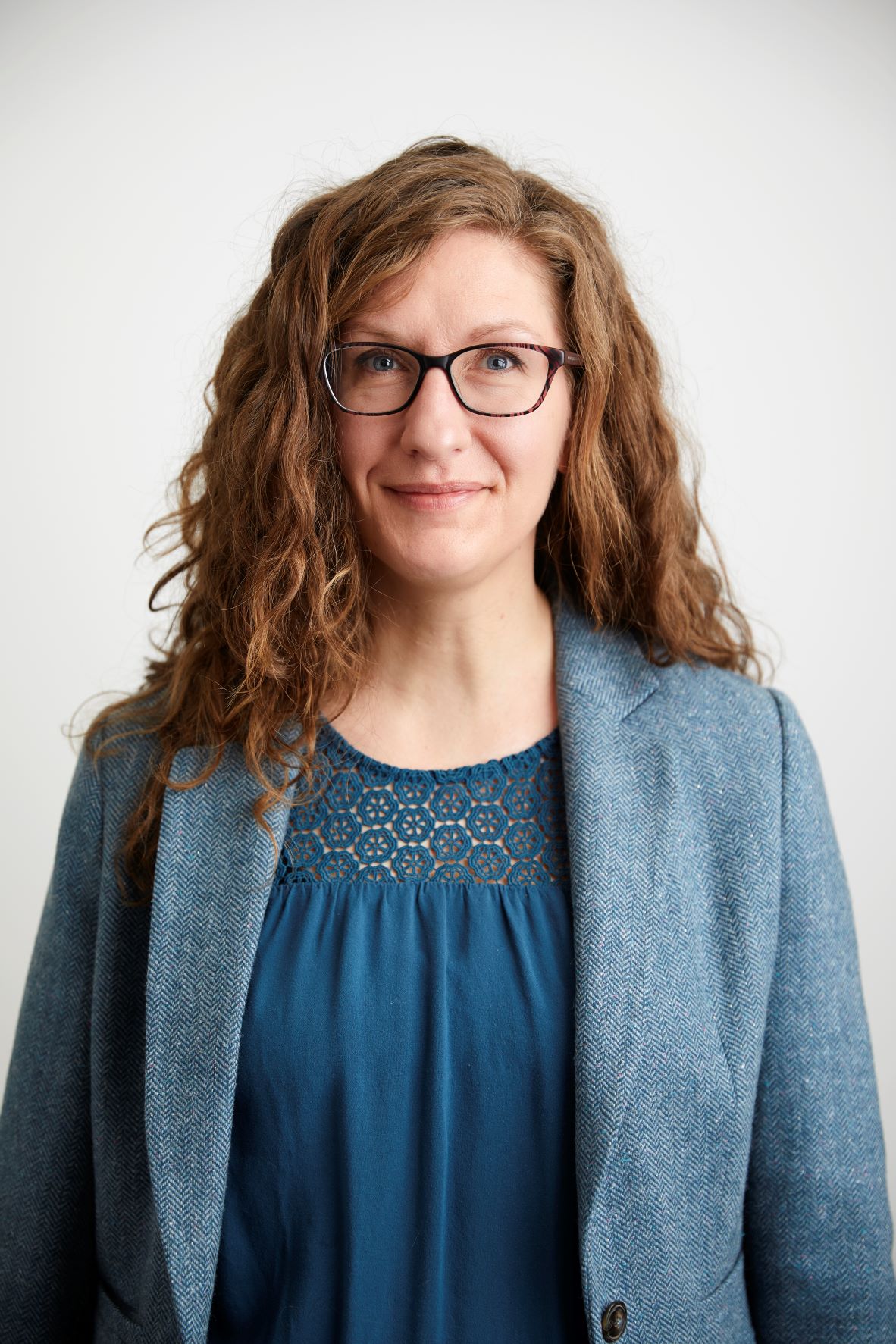