A New Old Look for the Urban Gallery

What’s old is new again!  The Urban Gallery at The Manitoba Museum has just received a bit of a face lift. Many of our visitors enjoy the immersive experience of this gallery, where they can explore the nooks and crannies of different buildings, stroll along the streets or watch a silent film in the theatre. As curators, we’re always looking for ways to improve that experience.

The Urban Gallery represents Winnipeg in the early 1920s. It was a bustling, modern city with hundreds of thousands of citizens – it was in no way a little town. To get this across, we wanted to populate the gallery with pictures of real people of the period. Three large spaces allowed us to introduce historical photographs of people of different backgrounds and occupations. Hours of research at the Archives of Manitoba sifting through hundreds of photographs led me to choose three, two of which relate to the railway tracks, with the third placed beside the movie theatre. All three photographic reproductions are courtesy of the Archives of Manitoba. 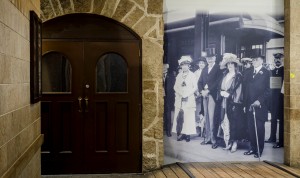 Lord and Lady Byng with entourage, June 18, 1922, at the CPR station in Winnipeg. Part of the elite society of Great Britain, Lord Byng led Canadian forces at Vimy Ridge and was, at the time of this photograph, the Governor General of Canada. 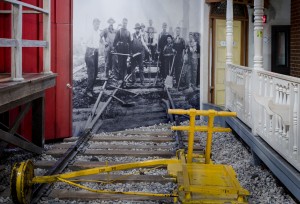 On the opposite end of the track we have this railway worker gang in Manitoba, circa 1920. It was tough and dangerous work. Unfortunately we don’t know the workers’ names. 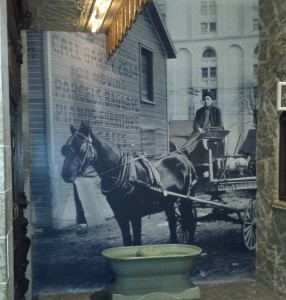 A Central Dray Company employee with horse and wagon, circa 1915, 61 Princess St. This was the handy mover of the period, ready to haul anything, including pianos. The building in the background is still standing today (see below). 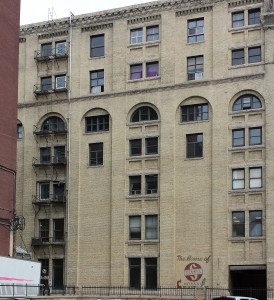 The building in the background of the Central Dray photomural, as it looks today. This is the back of 70 Arthur St. as seen from Princess St. from roughly the same perspective.

Come to The Manitoba Museum and experience the “all new, all old” Urban Gallery photomurals, and get a feel for Winnipeg in the 1920s, a city of contrasts.