Wolves and cougars and bears, oh my! 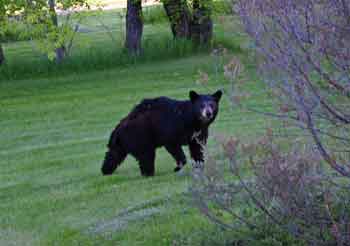 For most of my career I have studied prairie plants, mainly because prairies are among the rarest ecosystems in Canada owing to the fact that they’ve been almost completely converted into cropland.  As a result, I have never had to worry about encountering grizzlies or wolves or cougars while doing my field work.  This year in contrast, I will have to be much more vigilant than I am used to.  During a reconnaissance trip in May to set up my field plots I was informed that I should be on the lookout for wolves AND cougars AND bears!  Not to mention ornery moose and elk!  Oh yeah and ticks and mosquitoes too!  Oh my! 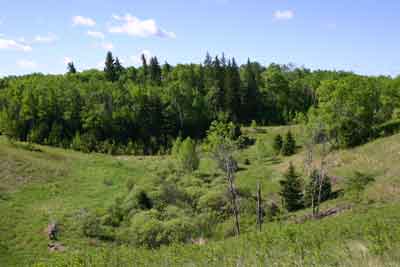 The beautiful view from one of my research plots.

Why am I anticipating these wildlife encounters?  This year I decided to study pollination in the fescue prairie and my research plots are located just south of Riding Mountain National Park, on land owned by the Nature Conservancy of Canada and the Province of Manitoba.  As you may know national parks are wildlife hot spots and Riding Mountain is no exception.  After tall-grass prairie, the fescue prairies are among the rarest ecosystems in North America and we don’t know much about the pollinators that live in them. 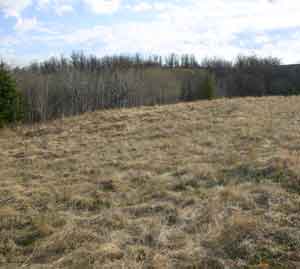 Shortly after arriving, one of the park staff told me that he thinks wolves are denning nearby.  To be honest though, I think the wolves are the least of my worries as I’ve never heard of wolves attacking a human in Canada.  Bears on the other hand are common, and have been known to attack people.  I decided to make myself as conspicuous as possible by using a bear bell, blowing a whistle once in a while and loudly singing walking songs from “The Lord of the Rings” in a manner resembling a cat being strangled (I have a terrible singing voice so never ask me to do karaoke). 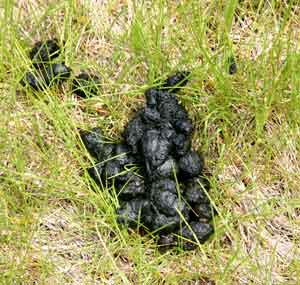 Plenty of bear poo can be found on the trails I hike on.

However, while I am actually surveying my plots, I don’t like to make too much noise as that disturbs the pollinators.  I figured that if I was ever going to see a wild animal it would happen while I was doing my surveying.  And that is exactly what happened.  While quietly surveying one of my plots I saw a bear about 30m away from me.  Later on that week, I saw a deer in the valley above one of my plots.  My funniest encounter happened in the evening at the research station.  I was sitting on the couch playing solitaire when I saw that the neighbours had let their big black dog run loose.  Then I shook my head-I had forgotten that I wasn’t in Winnipeg anymore.  It was a bear wandering through the yard and I managed to get quite a few photos before it ran off.

This young, scruffy bear walked right past the deck of the research station I was staying at.

Anyway aside from the ticks and mosquitoes that were trying to bite me and the local Turkey Vulture that kept circling my head in hopes that I would soon expire, my wildlife encounters were not unwelcome.  But I still have three more weeks of field work over the summe; hopefully my luck will hold.  Hmm.  Perhaps I should be singing songs from “The Wizard of Oz” as I hike around instead.  “I could while away the hours conversing with the flowers, consulting with the rain…” 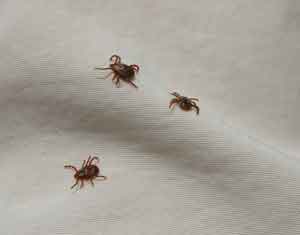 Ticks on my pants!