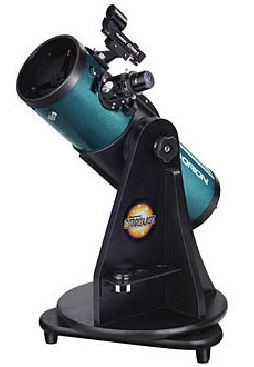 UPDATE – 21 May 2014: Sky and Telescope magazine has an article on the event on their website. LINK

UPDATE 3 – 22 May 2014: Spaceweather.com also has a great article about the shower, and also the possibility of observing meteor impacts on the Moon through a telescope!

On the early morning  of Saturday, May 24, we may see a brand-new meteor shower. A comet called P/209 LINEAR orbits the sun in a path that leaves a trail of dust and debris in the Earth’s orbit. When the earth moves through that trail of dust, the dust will slam into the Earth’s atmosphere and burn up in a flash of light called a meteor. This happens all the time, but this weekend the Earth will go through a big “dust bunny” in space, and so we could see many more meteors than usual. The forecast for this new shower is very uncertain, but it is possible that there will be dozens or even hundreds of meteors per hour visible from a dark site.

First, a warning: THIS MAY NOT HAPPEN! It is impossible to predict the movement of every piece of dust in the solar system. However, the current science suggests that the streams of dust from this comet will pass very close to earth. If we go right through the middle of this interplanetary dust bunny, we could get an amazing meteor storm. If we just skim the edge, we could get a bump in activity but nothing special. And of course, we could miss it entirely. So, if you do decide to go out and watch for this, understand that you’re taking a chance. Don’t blame me for the lost sleep!

If you decide to try your luck, you should head to a dark location, as far from city light as is practical,  on Friday evening. The peak of the shower is forecast for 2 a.m. Winnipeg time, but we really don’t know whether it will start early or not. Bring a reclining lawn chair, a blanket, and whatever other creature comforts you will need – astronomy is not an aerobic activity, and you will get cold quickly in the night air. You do NOT need a telescope, since the meteors will be visible to the unaided eye. Besides, you don’t know exactly where each meteor will appear, and so you want as wide a field of view as you can get – your eyes are already perfect meteor observing gear. Set up facing away from the closest glow of lights near you, and just lean back and look up. The meteors should appear to be coming roughly from the north, in the region below the North Star and to the right of the Big Dipper, but they will arc all around the sky.

If you do observe, a simple count of meteors can help scientists understand this meteor shower and its parent comet better. Just record the time you start watching and the time you stop, and the number of meteors seen. Don’t pool your counts with other observers – each person should record their own count. Reports can be sent to the International Meteor Organization, who are collecting worldwide data on this new meteor shower.

If you have a digital camera, you can try taking pictures of the meteors as well. You’ll need to set your camera on “Manual” and adjust the exposure time to as long as you can – usually 15 or 30 seconds (consult your camera’s manual for details on how to do this). Ideally, you would put your camera on a tripod, but I’ve also just placed it on the grass facing upwards (be careful not to scratch the screen!). Make sure you turn the flash off, since it won’t help the picture and will spoil your night vision. Press the button, and wait. You will take a lot of pictures without meteors in them, but eventually there will be a meteor visible while your camera is exposing. It’s that simple!

We’d love to hear your reports and see your pictures here – email them to me at [email protected] or post them on our Facebook page!